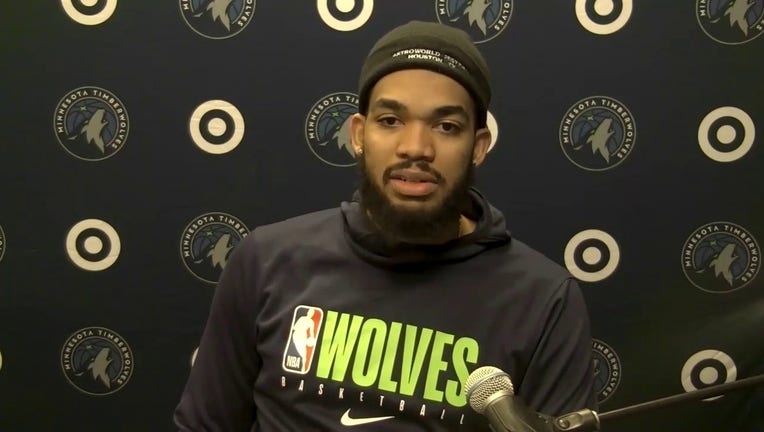 It’s the second time in his career he’s earned the honor, doing so in 2018, also the last time the Timberwolves were in the Western Conference Playoffs. He’s the third Timberwolves' player in franchise history to earn All-NBA honors multiple times, joining Kevin Garnett and Kevin Love.

Towns just finished his seventh season with Minnesota, and finished 11th in the NBA in scoring at 24.6 points per game. His 9.8 rebounds per game ranked 14th, and he was 16th in field goal percentage, shooting 52.9 percent. He also finished 17th in three-point percentage, at 41 percent. It’s the fourth time in his career that he’s averaged at least 20 points, shot at least 50 percent from the field and 40 percent from the perimeter, tying Kevin Durant for the most seasons since the three-point line started in 1979.

Towns was also named a Western Conference All-Star for the third time in his career, and won the NBA 3-point shooting contest as part of All-Star Weekend. He scored an event record 29 points in the final round.

Among the highlights of his 2021-22 season was scoring a career-high 60 points in a 149-139 win over the San Antonio Spurs. It was the first 60-point game by a center since Shaquille O’Neal in 2000. Towns led the Timberwolves to their second playoff appearance since Garnett led Minnesota to the Western Conference Finals in 2004.

Minnesota’s 46 regular season wins is the seventh-best mark in franchise history. The Timberwolves went 26-15 at Target Center in the regular season, beat the L.A. Clippers for the No. 7 seed in the West.

Towns is also now eligible for the league's "supermax" contract extension. He's currently under contract for the next two seasons.