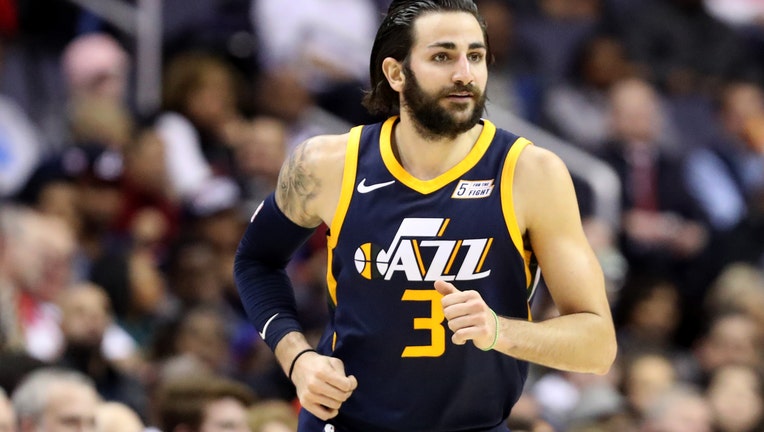 The Minnesota Timberwolves made it official on Friday, they’re bringing point guard Ricky Rubio back to Minneapolis.

The Wolves announced they’ve traded forward James Johnson, No. 17 overall pick Aleksej Pokusevski and a 2024 second round pick to the Oklahoma City Thunder for Rubio and Washington forward Jaden McDaniels, who was selected Wednesday night with the No. 28 overall pick. The Wolves also acquired the draft rights to No. 23 overall pick Leandro Bolmaro from the Knicks.

Rubio returns to Minnesota after being drafted by the Wolves with the No. 5 overall pick in 2009. He made his debut with the Timberwolves in 2011, and spent hist first six NBA seasons in Minnesota.

“Ricky is a great fit to what we are building here in Minneapolis and we are thrilled to welcome him back to the Timberwolves organization,” Wolves President of Basketball Operations Gersson Rosas said Friday. “He will be a solid addition to our core in All-Star center Karl-Anthony Towns, All-Star guard D’Angelo Russell and First Overall Pick Anthony Edwards. Ricky is an elite playmaker and someone who will boost our defense and bring a veteran presence to our team.”

Rubio played in 353 games over six seasons with the Timberwolves, averaging 10.3 points, 4.2 rebounds and 8.5 assists per game. He’s second in franchise history in assists, steals and 10th in games played. He has the single-game record with 19 assists against the Washington Wizards on March 13, 2017.

Rubio played in 65 games for the Phoenix Suns last season, averaging 13.0 points, 4.7 rebounds and 8.8 assists in 31 minutes per game.

“Ricky is a needed piece when it comes to being a culture builder, a team-first player and the impact he has on and off the court,” Timberwolves coach Ryan Saunders. "I’m thrilled to welcome him back to Minneapolis."