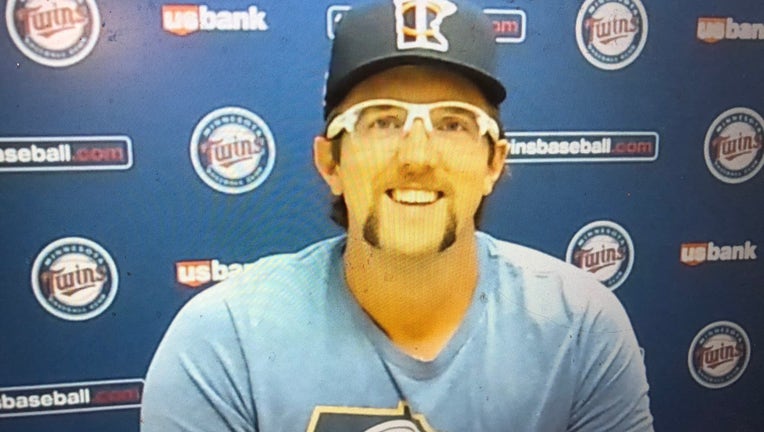 MINNEAPOLIS - Randy Dobnak loves the thrill of competition, and at some point he'll be known more for his pitching than for being a professional athlete who also is an Uber driver.

It doesn’t matter if it’s a playoff game at Yankee Stadium, or an intra squad game at Target Field that largely means nothing in the grand scheme of things. So when he took the mound Wednesday night to face his teammates, he was ready for the challenge.

The secret to the Twins success will be on the mound in 2020.

It was also an opportunity he was prepared for. Dobnak said he’s been throwing live sessions or batting practice pretty much every week while he was in quarantine after Spring Training.

He made five starts for the Twins last season, going 2-1 with a 1.59 earned run average and striking out 23 in 28.1 innings pitched. He had four strikeouts Wednesday night.

He arrived to Summer Camp noticeably thinner than last season. Newly married, he lived with his in-laws before coming to Minneapolis for baseball season. He didn’t notice his own weight loss, jokingly attributing it to eating and playing video games.

“I guess I ate a little bit healthier than I normally do. I don’t know. I wasn’t trying to lose weight, but I didn’t even notice it until you guys started talking about it. But I feel good, I feel strong,” Dobnak said. “Other than that I’m ready to go. So if I had any advice, it would be to eat and play video games to lose weight.”

His father-in-law started a garden, so he’s added vegetables like zucchini and squash. He made his own eggs every morning, then relied on the relatives for lunch and dinner. That even included egg salad sandwiches on hot dog buns.

“A lot of home-cooked meals. Whatever they make it’s always good so I eat a lot of that,” Dobnak said. “If I lose a lot of weight I’ll start eating cookies and stuff every day, we’ll see what happens.”

His biggest challenge in the Covid-19 era is how he approaches pitching in 2020. Last year, he would often lick the fingers on his throwing hand before wiping off and delivering. This season, he won’t have that option.

He actually calls it a positive. He won’t have the taste of the rosin bag in his mouth any longer.

“I’ve been trying to get away from that, I started doing that during quarantine. I would catch myself go to my mouth and I would kind of stop myself. Might as well break that habit now,” Dobnak said.

In a shortened season, the Twins may opt to extend their starting pitching rotation. That’s especially with Michael Pineda out serving a suspension until September.

If Dobnak keeps putting up zeroes, he might find himself starting in a regular season game. For him, it’s all about competing.