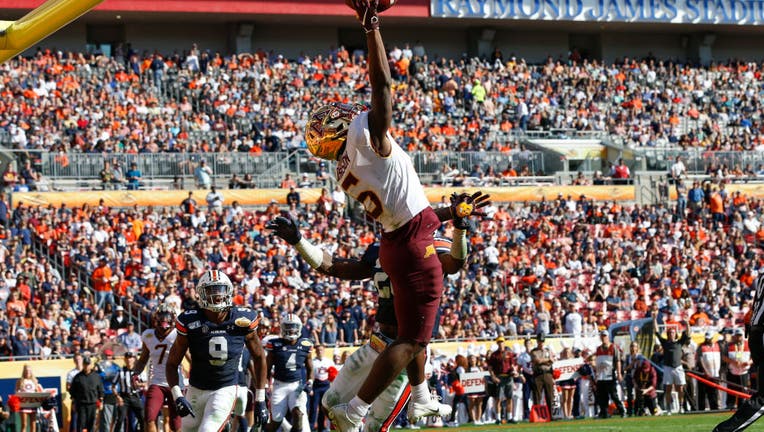 (FOX 9) - Two former Gopher stars will be soon rowing a different type of boat (a pirate ship, actually) as they head south to join the Tampa Bay Buccaneers.

With the 161st pick in the fifth round, Tampa Bay selected Gophers wide receiver Tyler Johnson.

Johnson, who some had projected to go a little higher, in either the third or fourth round, slid to the mid-fifth round, surprising Gophers fans who watched Johnson set records and help led Minnesota to an 11-2 record this season along with an Outback Bowl win.

The site of that Outback Bowl win, by the way, was Raymond James Stadium in Tampa, the home of the Buccaneers. So, maybe it's not too surprising the Bucs scouts got a good look at the former Gopher, who took home the MVP for the game.

In Tampa, Johnson will join fellow Gophers star Antoine Winfield Jr., who was selected by the Bucs in the second round.