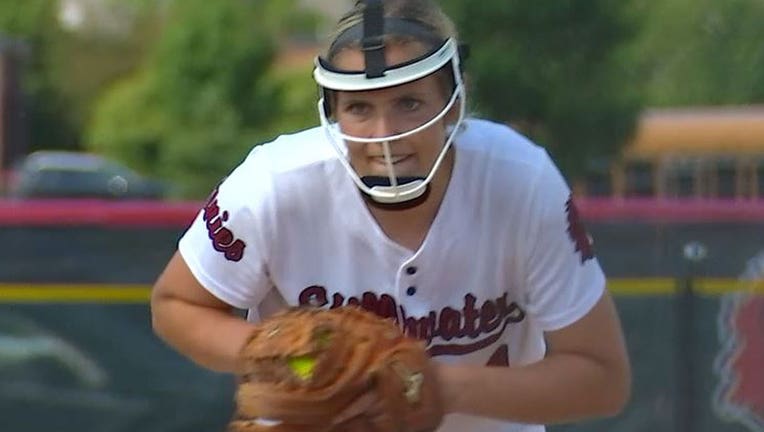 The Stillwater Softball standout has the Ponies in the national rankings, which is rare for Minnesota teams.

STILLWATER, Minn. (FOX 9) - Players come and go, but Stillwater softball is still one of the best teams in the state.

They’re ranked in the Top 25 of high school programs in the entire country in the latest USA Today/NFCA Coaches Poll.

The Stillwater Softball team is getting national recognition thanks to the efforts of their superstar.

A team lead by a rare talent that’s giving the Ponies some serious horsepower.

Pitcher Allison Benning is one of the nation’s top recruits thanks to a pitch that tops out at nearly 70 miles per hour.

"69 miles per hour is the fastest I’ve ever been clocked," Benning told FOX 9. "It’s my senior year, so I’m trying to make the most of it."

"She’s powerful and she throws hard, but she can also locate her screwball really well," Ryan said about Benning’s ability. "She also has a devastating change up."

"Allison’s putting in all the time, all the pitches and all of the energy that it takes to be great," Ryan added.

"It just happens," Stillwater catcher Cat Smetana said, with a bandage wrapped around her wrist. "It’s all good."

Smetana and Benning have been teammates since they were young, and Allison’s progress as a player & leader have been impressive.

"She throws hard and she has multiple movement pitches that are hard to hit," Smetana said. "Ultimately, it’s just her leadership. She shows up every day, works hard and encourages everyone else to work just as hard."

In being one of the best, Benning is heading to Oregon to play college softball next season. A Ducks program that has been to the Women’s College World Series in 4 of the last 7 seasons.

"It’s been my dream to play in the College World Series since I was 8 years old," Benning said.

"Obviously, we really want it and we’re working hard for it, but I think the thing that’s most important for us right now is the next game," Benning said."

"We are expecting to win a state championship, but we’re working on that," Ryan added. "We’re working every single day to make that happen."