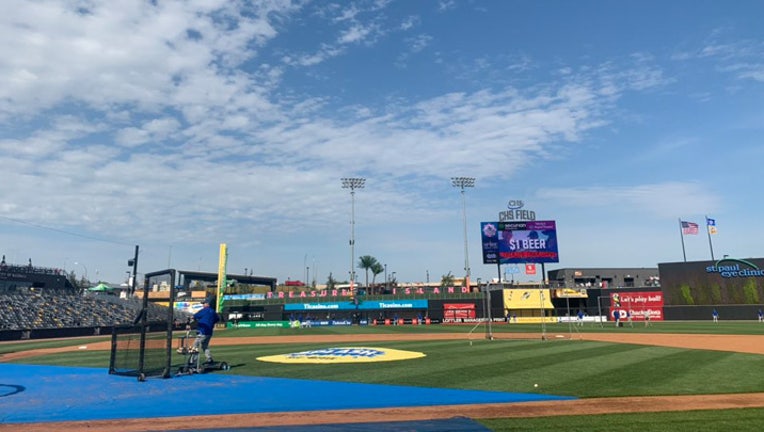 MINNEAPOLIS - Fans of the St. Paul Saints are going to have to wait a while to watch their favorite team play at CHS Field in 2020.

The Saints announced Tuesday that the American Association of Independent Baseball has delayed the start of its season, which was originally set for May 19, to at least early July due to the Coronavirus pandemic. League officials say they still intend to play a full 80-game regular season, which would go into late September.

The move is subject to the ability to host games in markets while also being able to abide by federal, state and provincial government law, municipal health orders and guidelines.

The Saints and CHS Field thrive of creating a family-friendly, affordable atmosphere near downtown St. Paul with quality food options, local vendors and entertainment between innings.