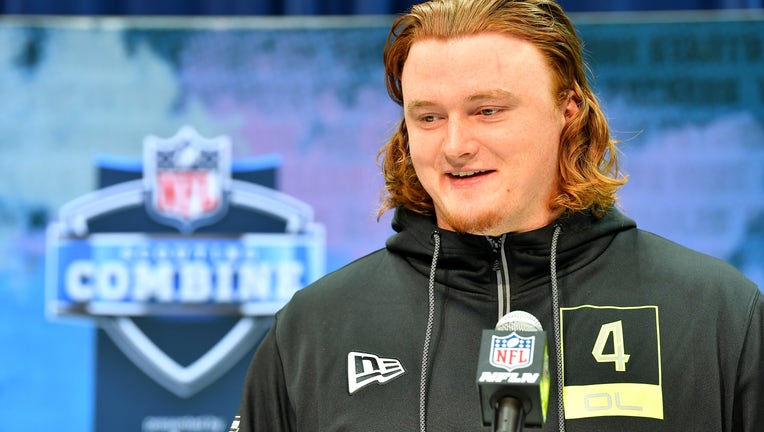 INDIANAPOLIS (FOX 9) - If you are looking to put on 55 pounds, former St. John’s University football player and NFL Draft hopeful Ben Bartch has the perfect shake for you. But, it's not for the faint of heart.

Put it all in the blender and blend.

Bartch is trying to be the first player drafted to the NFL from the Minnesota Intercollegiate Athletic Conference (MIAC) since 2003. Wednesday, he spoke to the NFL Media about how he changed from tight end to offensive tackle, which required him to add significant weight.

He arrived at St. John’s in 2016 from Oregon and spent his first two years as a tight end. In order to make the switch to offensive tackle, he used a disgusting concoction he called the “magic shake.”

"Essentially, the summer after my sophomore year, I was asked to switch to the offensive line. I would get up at 5 a.m. and would have to go work as a strength coach at a local high school," Bartch told Vikings.com. "In order to get my breakfast in—I didn't have time to eat the full carbohydrates and proteins I needed—my friend had a NutriBullet, so I would scramble seven eggs, a big tub of cottage cheese, quick grits, then peanut butter and a banana and Gatorade.”

“I would throw it all in and plug my nose,” he told the media. “I’d gag sometimes, but that’s what you have to do.”

Bartch said he went from 250 pounds to 305 pounds thanks to his exercise routine and his magic shake.

Now, the Division III lineman is hoping to be drafted as either a tackle or a guard.