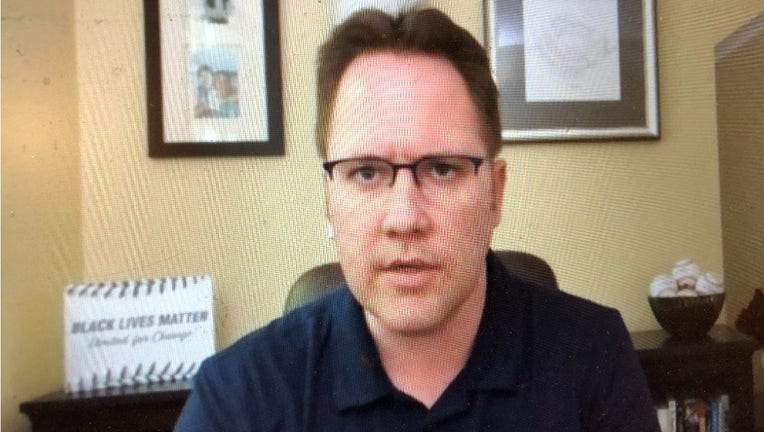 On Sunday, the Minnesota Twins submitted their 60-player roster to Major League Baseball. That list was announced on Monday morning. (See 60-man roster here) As with any roster, there will be discussions of who was or who wasn’t added, but on Monday Twins President of Baseball Operations Derek Falvey and Manager Rocco Baldelli discussed the roster and player development, among many other topics.

The Twins 60-man player pool includes the 38 members of the 40-man roster (including Michael Pineda and Fernando Romero who are both on the restricted list). The ‘taxi squad’ includes some of the organization’s top prospects, at least those who are playing at the upper levels of the minor leagues such as Royce Lewis, Alex Kirilloff, Trevor Larnach, Brent Rooker and Jhoan Duran. The group also includes several of the minor league veterans that were still in big league spring training in March.

My initial thought after looking at the roster was that there are some very talented top prospects included, but several others (including RHP Jordan Balazovic) are not on the roster at this time. There are also a lot of replacement level minor league veterans with MLB service time that are included. What does that tell me? That this organization wants to win right now. While some other organizations are filling their roster with prospects, the Twins are going with veterans who can fill in if needed right now. Those guys are also the type of player that can be utilized, then DFAd and you won’t have to worry about losing them.

But, rather than just trusting my own opinions, let’s find out what Derek Falvey and Rocco Baldelli had to say.

Falvey began by saying that the first step was simply to read and fully understand the rules of the 60-man roster. Since this is new concept, it is important for the team to know the rules, especially those that are different from a “normal” season. How do you add or remove someone from the 60-man roster? How does the addition of a COVID-IL affect their ability to alter the roster?

With that in mind, Falvey explained, “We focused on the group we had at the end of major league camp in Spring Training. I think every team has a different reason or rationale for bringing in this subset of players. We felt like our focus had to be on this Major League team. Making sure that we had the right depth. Making sure that we have development opportunities for our top prospects as well. We just happen to have quite a few of our upper tier prospects, as noted by several publications, that happen to be in the upper levels and were in spring training with us.”

Baldelli added, “From a process standpoint, our focus is how do we fill it with guys that we think will help support the major league team in the event that we have issues at the major league level during the course of the year.”

He accentuated those thoughts later by saying, “I think what we’re learning is that depth is going to be very important in a lot of different ways. The best ways that we can back up our major league group is to have quality, ready and able, upper level advanced guys, guys that have had big league time. Guys that we can rely on, not just for game action, but also for some prep work too.”

Again, the biggest name that is missing would be Jordan Balazovic (4). However, starting pitching prospects such as Blayne Enlow (10), Cole Sands (16), and 2019 second-round draft pick Matt Canterino (8) are not on the list either. Neither is 2020 first-round pick, 1B Aaron Sabato (9) or 2019 first-round pick Keoni Cavaco (7) and 2019 Competitive Balance pick Matt Wallner (15)

A case could have been easily made for including Sabato and Wallner, two very powerful bats, and Canterino. However, none were added at this time.

“We didn’t focus on anyone from this year’s draft, or even last year’s draft. We hope there are some development opportunities for them down the line,” said Falvey.

Those players will continue to receive some remote coaching as available. Other than that, the players are responsible for finding time to get their work in.

When news of positive COVID-19 tests were found at team complexes in Clearwater and Dunedin last week, MLB shut down all team’s spring training facilities.

According to Derek Falvey, “Two specific things came out of that. Shut everything down from a workout standpoint. Do a deep clean, making sure everything is in a good place. Reopen the facilities after those things are done. We’ve done all of those bits and pieces, gone through the testing protocols.”

So the Twins now have some players that are rehabbing at their Ft. Myers facilities. Also, there are still players from Venezuela that couldn’t go home in March that remain at the Twins academy. The team has staff there providing meals and such.

However, the Twins (and all MLB organizations) can’t have minor league workouts or activities, so the teams wait for that to be allowed. Players wait and keep trying to work on their games.

Falvey noted that the team doesn’t currently have plans for the short term return of player development, but there’s no question they understand its importance and hope it can return to normalcy soon.

“We obviously are focused on developing all of our minor leaguers throughout the course of this year. We are just limited in what we can do at present. It’s my hope, if we can continue to proceed down the path at the major league level, we can at some point focus on how we can potentially (provided) some further development on some other players who aren’t part of the 60”

Baldelli said, “I think there are a lot of positives about having good, young prospects involved and keeping them active and doing things. Every team is doing things with different objectives in mind. We spent a lot of time on it. We also have a couple of spots that are still available that we can still work with as we continue to see how this plays out and see what we need to do.”

That’s important to remember. For instance, on Monday the Miami Marlins officially signed former Gophers righty and #3 overall pick in the 2020 draft Max Meyer and added him to their 60 player pool. Maybe Jordan Balazovic will get a call in the coming days or weeks.

Regarding the likes of Trevor Larnach, Alex Kirilloff, Royce Lewis, Ryan Jeffers and other prospects, Derek Falvey hopes that this is a great spot for them to develop and improve.

“We felt that putting them in this environment and being around guys who are going to continue to develop to the major leagues, that was the best way to advance their development this year given the circumstances and the absence of games. It was better for them to be playing and be around our coaches and getting a little more hands-on instruction. The short-term answer is they’re part of the group. They’re going to continue to go through the workouts. They’ll intrasquad just like everybody else. Hopefully we can use this time to advance their overall development.”

While there will be larger groups of players and staff at Target Field than at CHS Field, there will likely be five to six coaches in St. Paul at any given time. (The team will announce the staffs for spring training 2.0 after they get back the results of COVID testing in case they need to alter their current staffing plans)

According to Falvey, ““We bring our hitting coordinators, our pitching coordinators, and make sure we have everything covered where we’re not missing anything as that group of 20 some players starts their workouts.”

And what will those players be doing in St. Paul besides just practicing and working out? Rocco Baldelli laid out some of the plan and in doing so highlighted why this is such a great opportunity for these prospects. It could be a great opportunity to grow as a player.

“The sim games and the intrasquading, we’ll allow for a competitive environment once everyone gets up and going. And truthfully, this could be one of the better learning experiences for some of these guys. It’s something they really couldn’t get during a season. A lot of times during the season you’re spending your time on performing, not taking chances, not trying something new and really learning and growing. This could be an opportunity for some of our guys to make some adjustments that they wouldn't normally be able to make.”

The primary goal of the taxi squad is to provide depth to the big-league roster as needed throughout the summer. For many of the prospects, the odds of getting ‘called up’ may be low, but the opportunity to develop is potentially immeasurable.