Less than 24 hours since the start of free agency, and a week after the NBA draft, the Minnesota Timberwolves have made arguably the largest trade in franchise history.

MINNEAPOLIS - It didn’t take long for Tim Connelly to make his first big splash as the new front office head for the Minnesota Timberwolves.

According to ESPN’s Adrian Wojnarowski, the Timberwolves had made a trade with the Utah Jazz for star center Rudy Gobert. Minnesota is reportedly sending guards Malik Beasley and Patrick Beverley, newly-drafted center Walker Kessler, Jarred Vanderbilt, Leandro Bolmaro and for future first round picks for Gobert.

The first round draft picks the Timberwolves are reportedly sending the Jazz are in unprotected in 2023, 2025, and 2027, and a top-five protected pick in 2029. Connelly is taking a big swing in an attempt to turn Minnesota into an immediate championship contender. 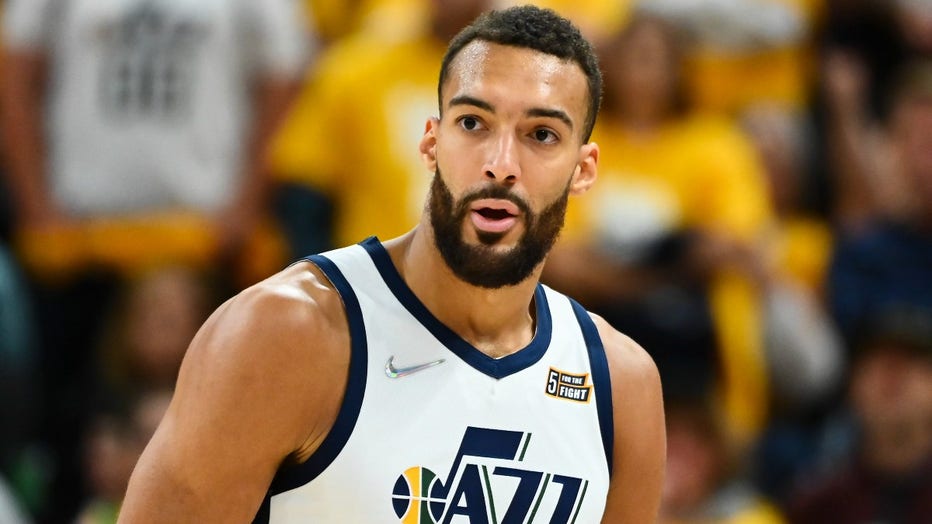 Rudy Gobert #27 of the Utah Jazz looks on during the first half of Game Four of the Western Conference First Round Playoffs against the Dallas Mavericks at Vivint Smart Home Arena on April 23, 2022 in Salt Lake City, Utah. ((Photo by Alex Goodlett/Getty Images))

The move now means the Timberwolves have a corps that includes Karl-Anthony Towns, Anthony Edwards, Gobert and D'Angelo Russell, who had been the subject of trade rumors, but was not moved during the NBA Draft. Getting Gobert means Russell, who is due more than $30 million this coming season, is likely staying in Minnesota.

Gobert, a 7-1, 258-pound center, is a three-time NBA All-Star who just turned 30 years old. In 66 regular season games last year, Gobert averaged 15.6 points and 14.7 rebounds per game. He's a three-time Defensive Player of the Year, and one of the best centers in the NBA. Gobert and Towns, two of the top players in the NBA, are now teammates. Gobert gives the Timberwolves a rim protector behind Towns, who can now shift to the power forward spot.

Gobert is entering his 10th season in the NBA, and was a first round pick by the Jazz, No. 27 overall, in 2013. He has four years remaining on his current contract, worth about $170 million. He's due to make $38.1 million this upcoming season.

Stay with Fox 9 for more on this developing story.