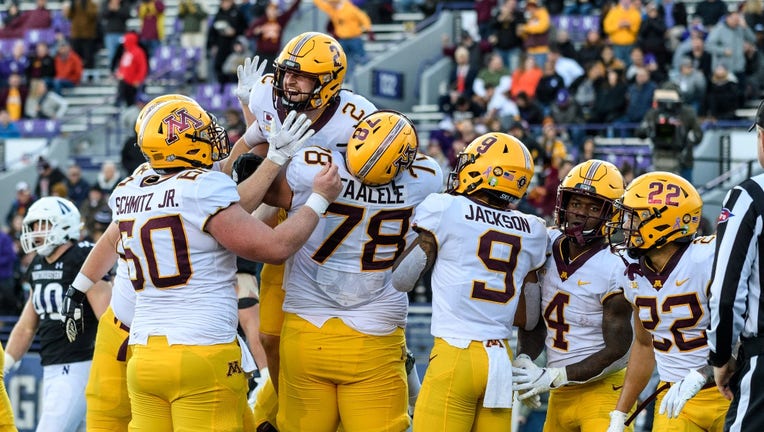 MINNEAPOLIS - Tanner Morgan helped lead the University of Minnesota football team to a 23-13 win over rival Wisconsin on Saturday to bring Paul Bunyan’s Axe back to Minneapolis.

It was Morgan’s 26th career win as the Gophers’ starting quarterback, and it appears he’ll get a chance to add to that total moving forward. According to a report from the Pioneer Press, Morgan is coming back for the 2022 season.

Morgan was 11-of-26 for 199 yards and a touchdown to Chris Autman-Bell in Saturday’s win over the Badgers. He connected with Autman-Bell for a pair of touchdowns two weeks ago in a 35-14 win at Indiana. That was his 25th career win, which made him the all-time winningest starting quarterback in Minnesota history.

Morgan is now 26-12 as the Gophers’ starting quarterback. He now joins running back Mo Ibrahim as the second key piece of Minnesota’s offense that will be back next season. Ibrahim, who suffered a season-ending leg injury against Ohio State, announced earlier this week he’s returning for the 2022 season.

Two years ago, Morgan set several single-season school records as the Gophers finished 11-2, their best season since 1904. He set records in passing yards, touchdowns, completion percentage and passing yards per game. This year, he has 1,935 passing yards, 10 passing touchdowns, eight interceptions and two rushing touchdowns as the Gophers finished the regular season 8-4 just five months removed from his father's death to brain cancer. Morgan has 56 career touchdown passes in three-plus seasons as the starting quarterback.