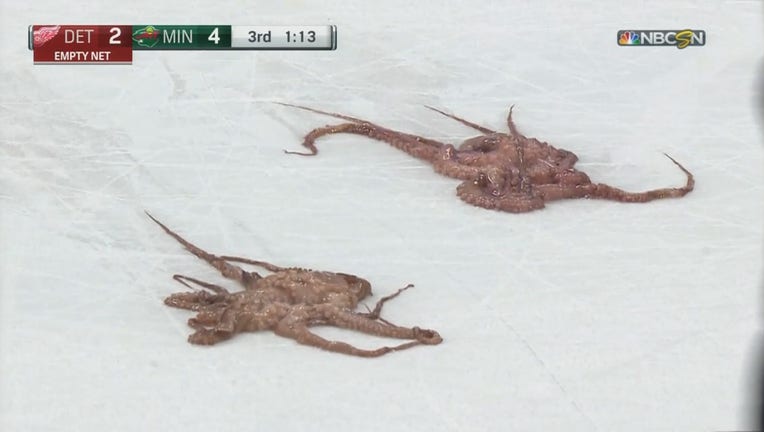 A Red Wings fan threw these octopuses on the Xcel Energy Center ice Wednesday night in continuance of one of world's strangest sporting traditions.

ST. PAUL, Minn. (FOX 9) - One of hockey’s oldest and grossest traditions invaded the Xcel Energy Center Wednesday night when the visiting Detroit Red Wings faced off against the Wild.

Red Wings fans have an age-old tradition of throwing dead octopuses onto the ice during games.

Wednesday, a Red Wings fan smuggled two octopuses into the stadium and waited until the waning minutes of the third period to throw them onto the ice, meaning they may have sat for more than two hours with two octopuses on their person. 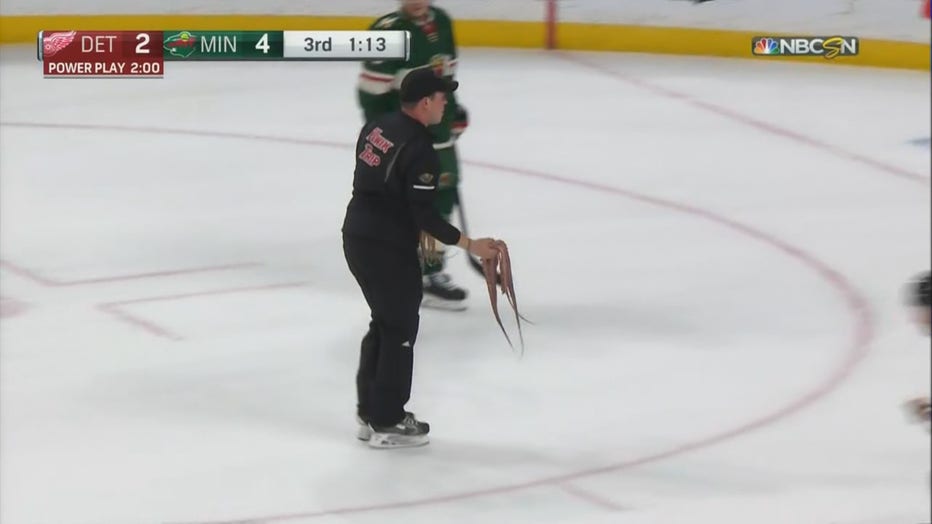 The octopuses are taken off the ice by a brave Wild ice crew member.

A Wild ice crew member took the octopuses off the ice so play could resume.

Legend has it that the eight tentacles of the octopus represent the eight playoff victories once needed to win the Stanley Cup when there were only two playoff rounds.

The first octopus throw has been traced back to 1952 when a fish market owner celebrated the Red Wing’s first victory in the Stanley Cup Final by throwing one onto the playing surface.