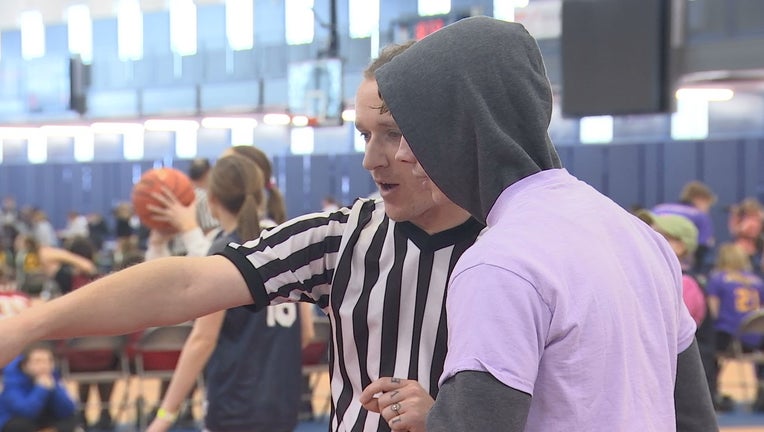 (FOX 9) - Everyone got the chance to shine on Wednesday as Special Olympics Minnesota hosted the state's first inclusive basketball tournament.

The tournament highlights players from schools across Minnesota with and without disabilities on the same floor playing the sport they love.

Everyone got the chance to shine on Wednesday as Special Olympics Minnesota hosted the state's first inclusive basketball tournament.

The teams are part of the Special Olympics' Unified Sports program that works to pair those with disabilities with other athletes with the hopes of building friendships and changing cultures at schools.

Wednesday's tournament was a manifestation of that effort, bringing together dozens of players from 12 different schools in Minnesota.

"Whatever skill level you're at, there's a place for you on the team," explained Unified Sports Manager Nick Cedergren. "And we're here to foster that."

"Basketball, I love it!" exclaimed player William Duncan. "I love it so much. Basketball is like paradise."

It's one day of basketball bliss but one that can carry on off the court.

"We see friendships blossom from being on the teams," explained Cedergren. "So they are not only playing on the court but they hanging outside of school."

"It's not only through sports that you are seeing growth with people and with kindness," explained Orono High School senior Danny Striggow. "But you're seeing in the hallways in our school and all the schools around us."

And players end up getting a lot more from the game than just a trophy.

"It pushes me to not think about the downside to everything," explained Striggow. "Because some of their situations are a lot worse than mine and their finding a way to push through it and it just pushes me to be better."