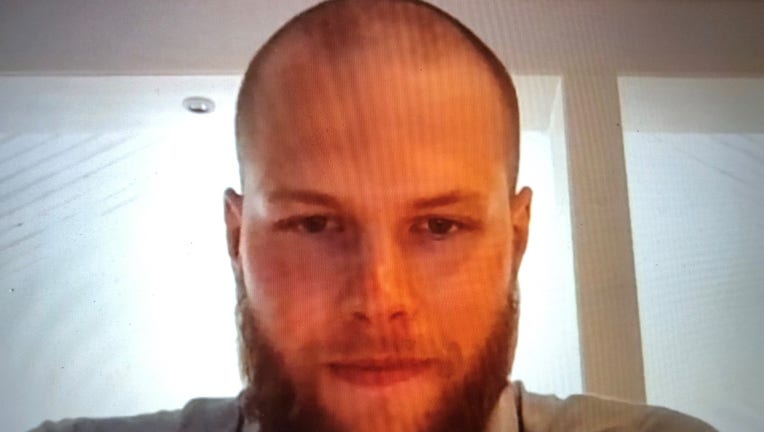 Goaltender Filip Gustavsson talked with reporters on Thursday after being traded to the Minnesota Wild earlier this week in the deal that sent Cam Talbot to Ottawa.

MINNEAPOLIS - After a series of moves in the last week, Minnesota Wild general manager Bill Guerin made it clear: Marc-Andre Fleury is the starting goaltender for the 2022-23 season.

Guerin signed Fleury to a two-year, $7 million deal late last week. On Tuesday, he then traded last year’s starter, Cam Talbot, to the Ottawa Senators for Filip Gustavsson. He spoke with reporters on Thursday via Zoom, and it’s clear the Sweden native’s goal is to learn as much as he can from Fleury going forward.

"I’ve been in Ottawa for four years and then get this opportunity to come to Minnesota, I got very excited. I’m starting a new chapter for my career, and it’s going to be very fun," Gustavsson said Thursday.

Those numbers won’t jump off the page, and he’s the first to admit he needs to be more consistent. One step to getting there is being teammates with a three-time Stanley Cup champion, and watching his habits.

"That’s a big honor. Such an experienced guy with so much success in his career, and be able to talk with him and practice with him and see and learn, it’s going to help me a lot," Gustavsson said. "He’s been so successful for so many years, just like routine-wise, how can it be so consistent all the time and just practice with him on the ice, see the small details that he does so well that you might not see all the time. Just watch him play and talk about more small details I can learn from him."

Guerin first knew of Gustavsson when he was in the front office with the Pittsburgh Penguins. They drafted him in the second round, No. 55 overall in 2016, before he was dealt to the Senators.

"I’m thrilled to be reunited with Filip. There’s a lot of promise for his future and paired with Marc-Andre Fleury, he’s going to flourish and learn a lot," Guerin said on Tuesday.

Gustavsson grew up watching Swedish goalie Henrik Lundqvist, and also modeled his game after Braden Holtby and Semyon Varlamov. Gustavsson is currently in Sweden, working out with other European players and will travel to Minnesota in early September ahead of training camp.

It’s his hope there that he gains the trust of his new teammates as the No. 2 goalie to Fleury. He’ll have at least one familiar face in Joel Eriksson Ek, who was a junior hockey teammate.

"I hope I get a few opportunities to show my game and make the teammates and the team believe in me so I can play at my best and show that I’m a really good goalie," Gustavsson said. "Coming to a new team, it’s going to make yourself be more on edge and try and push yourself even further in your career. A new city, new teammates and everything, very excited."