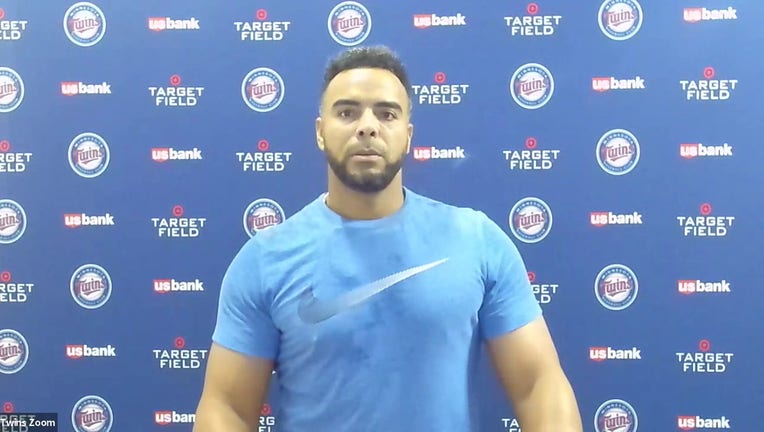 Twins slugger Nelson Cruz addressed the team last week, saying they can compete for a World Series if they stay healthy and safe amid the Covid-19 pandemic.

He wasn’t alone, joined by designated hitter and slugger Nelson Cruz. His message to the team after Spring Training was suspended four months ago due to the Covid-19 pandemic? Being smart off the field in 2020 is just as important as doing your job on it.

The Twins won 101 games last season, earning Baldelli AL Manager of the Year honors. A team that hit a record 307 home runs last year added slugger and third baseman Josh Donaldson, who hit 37 homers. A starting pitching rotation that already features Jose Berrios and Jake Odorizzi has gotten additions in Rich Hill, Kenta Maeda and Homer Bailey. Michael Pineda will be back after serving the remainder of his suspension.

They have live arms in the bullpen, including Taylor Rogers, Trevor May and Sergio Romo. The 2020 Twins are expected to be a playoff team, and their goal is to get to a World Series.

“One of the things I just mentioned was at the end of the day, we all know we have a good shot to go to the World Series. It’s not only that we’ve got to take care of the performance that we do on the field. It’s also what we do outside the field, how we take care of ourselves so we don’t get sick,” Cruz told reporters late last week.

In other words, go home after games at Target Field and stay safe. When you’re on the road this summer, go to your hotel room and stay there. Miguel Sano and Willians Astudillo remain in quarantine but are asymptomatic after testing positive for Covid-19 before the start of Summer Camp. Both can return after getting two consecutive negative tests.

Accomplishments are nice, but he’s focused on leading the Twins to a World Series.

“If I keep playing, I can accomplish all those awards. What we have is more important because we don’t know if we’re going to have the same group next year, who knows. I really have to focus in on what we have right now and really take advantage of the situation that we have with this team,” Cruz said. “There’s no doubt in my mind that we can go all the way to the World Series and win it, so that’s the main goal, that’s what we’re shooting for.”

His surgically-repaired wrist is good to go after suffering a torn ligament last season.

The team’s mindset and attitude also appear to be coming together after a four-month layoff. They don’t have the option in a 60-game season to get off to a slow start. Several players have talked about playing with a sense of urgency from Opening Day. This year is more different than most. It’s not a marathon, it’s a sprint.

Cruz admitted the team was tight and not very talkative the first few days of camp. Perhaps the Covid-19 pandemic has players still uncertain about a lot of things, between family and the baseball season.

All of that appeared to go away when they took to Target Field for their first inter squad game last week. That’s what a little friendly competition can do for athletes when they’re in between the lines.

“The last few days, you can see that everybody is smiling, everybody is getting loose, we’re having fun. I guess the news everybody was clean, no more positive tests, also gave you the confidence that we can be who we are out there,” Cruz said.

Staying safe and healthy is just as important as winning games and putting up numbers in 2020. Quite frankly, that’s because getting on the field and playing can’t happen if they’re not healthy. The top priority to have success is staying safe, and making the right decisions every day.

“Hopefully everybody understands the situations and they understand how important it is not only for themselves, but for the whole team, taking care and be careful what they’re doing,” Cruz said.