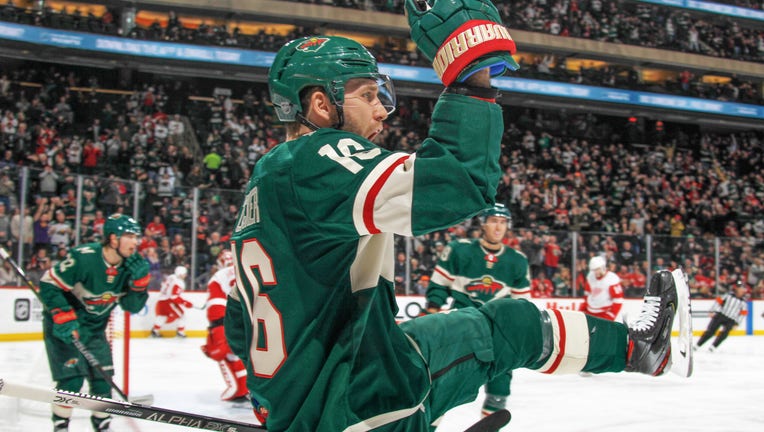 SAINT PAUL, MN - JANUARY 22: Jason Zucker #16 of the Minnesota Wild celebrates after scoring a goal against the Detroit Red Wings during the game at the Xcel Energy Center on January 22, 2020 in Saint Paul, Minnesota. ( Bruce Kluckhohn/NHLI via Getty Images )

(FOX 9) - Former Minnesota Wild player Jason Zucker shared a goodbye letter to the State of Hockey, thanking Minnesotans for their support over the last eight seasons.

The Wild traded the 28-year-old left winger to the Pittsburgh Penguins earlier this week for two players and a first round draft pick.

Zucker posted the letter on Twitter Thursday morning, writing in part, “For the past eight seasons, I have been fortunate to play alongside incredible teammates for a passionate fan base.”

“Minnesota will always be home," he said.

Zucker ended the letter saying he is excited to start a new chapter with the Penguins. He made his debut with his new team on Tuesday.