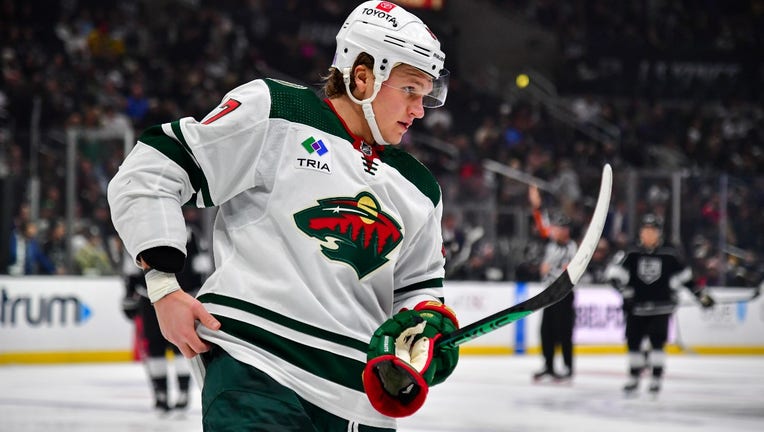 Kirill Kaprizov #97 of the Minnesota Wild looks on during the second period against the Los Angeles Kings at Crypto.com Arena on November 8, 2022 in Los Angeles, California.  ((Photo by Gary A. Vasquez/NHLI via Getty Images))

Kaprizov was one of 32 players selected to the game when initial rosters were released Thursday night. Kaprizov is the fifth player in Wild franchise history to be named an All-Star multiple times. He leads the Wild in scoring with 22 goals and 47 points in 37 games.

NHL All-Star Weekend is set for Feb. 3-4 in Sunrise, Fla.