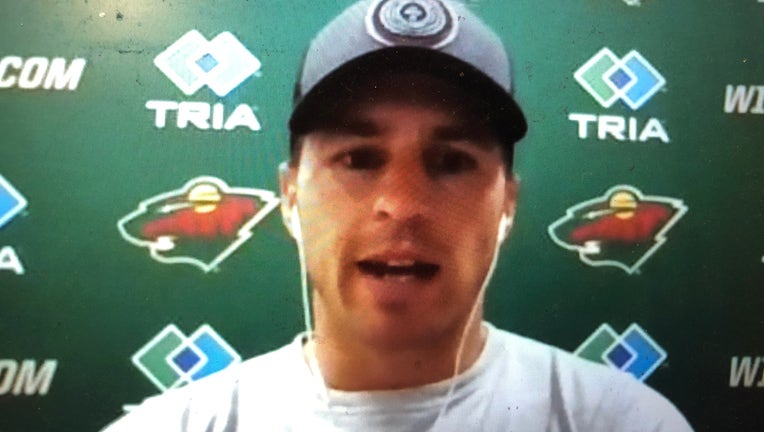 Wild forward Zach Parise talked Tuesday about preparing for life in the Edmonton bubble when the NHL returns to play.

MINNEAPOLIS - The Minnesota Wild continue to the daily grind of a summer training camp, scrimmages and getting their minds and bodies right to resume the NHL season in less than two weeks.

The Wild will face the Colorado Avalanche in an exhibition before their first real game since March 11, when the NHL suspended play due to the Covid-19 pandemic. The team flies out Sunday for Edmonton. Game 1 in a best-of-five series against the Vancouver Canucks is set for Aug. 2.

After four months off and three in quarantine, real hockey is less than two weeks away.

The Wild are also preparing for life in the Edmonton bubble, and late night hockey to start the playoffs. The Wild are slated to play the Canucks at 9:30 p.m. local time for Game 1. Game 2 is set for 9:45 p.m., and that’s assuming other games before theirs end on time.

There will be very little that’s normal about life in the Edmonton bubble. The Wild will fly out Sunday, and everyone on that flight will have to go into self-isolation for four days. As Parise put it, “literally to practice, to the meal room and back to the hotel rooms.”

Players can’t go to a teammates’ room, they can’t go to a community room. They can’t go anywhere for four days. That means a lot of Netflix, perhaps watching film on an iPad, video games, FaceTime, group texts and whatever ways they can find to pass the time.

“You’ve got to find stuff to do. That’s just what we’re dealt with,” Parise said.

One noticeable change in Edmonton will come in the wardrobe. There won’t be suits, shirts and ties. They’ll be traded in for team-issued polo’s and dress pants.

“Try to have some semblance of looking organized and not just kind of wearing what you want to wear, 20 guys showing up in different stuff. We at least want to look like a team and be presentable,” Parise said.

And they have to have a plan packing, because they don’t know how long they’ll be in Edmonton.

Their stay extends the more they win. Coming in with a mental toughness is one of the biggest keys to Marcus Foligno. They’ll be playing in empty arenas, the schedules won’t be normal and they’ll have to abide by strict Covid-19 guidelines.

“The team that rallies together the fastest, comes together as a team, bonds the quickest and has that energy. You’re going to have to make your own energy out there,” Foligno said.

They’d also prefer to come back as the same Wild team that was coming together when the NHL stopped play. The Wild was 7-3 in its last 10 games, on the cusp of a playoff spot and 8-4 under Evason, an interim coach at the time.

That interim label was removed when the team reconvened for camp.

“We know the level that we ended at, and anything below that isn’t good enough,” Foligno said.

“Whenever the puck is going to drop, be ready. It’s a unique time and we’re happy to be picking up and playing again,” Parise said.

Hockey fans will be happy too.