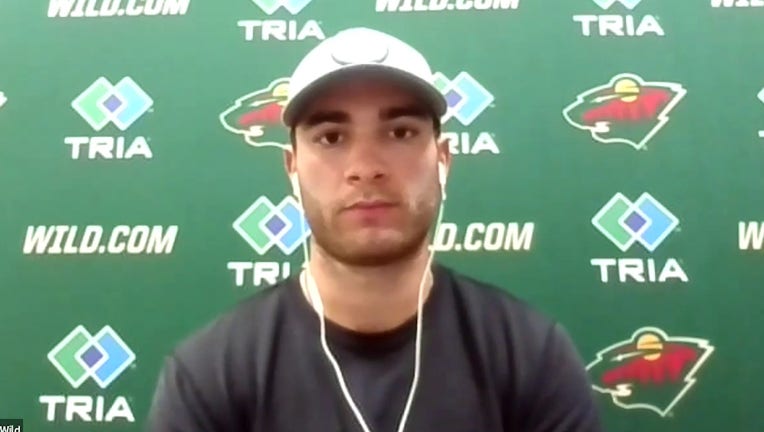 MINNEAPOLIS - It’s starting to settle in for the Minnesota Wild that the NHL season is on the brink of return.

The Wild held its final intra squad scrimmage Thursday morning at TRIA Rink, with Team Green beating Team White 3-2. The Wild will have a full skate Friday, a full day off Saturday and then do a light skate on Sunday before heading to the Edmonton bubble.

The Wild didn’t have defenseman Matt Dumba for Thursday’s scrimmage, for undisclosed reasons. Joel Eriksson-Ek also left the scrimmage in the first period and didn’t return.

It didn’t feature checking, but the scrimmage was high-energy and up tempo, just the way Dean Evason wanted it.

“Today we really enjoyed the compete. How detailed we were in defensively not turning pucks over. We were playing a little more playoff hockey in the game today, it was tighter,” Evason said. “We want our game to be tight, and it was tightened up today.”

Marcus Foligno was the offensive star for Team White, scoring both of their goals. Ryan Donato, Zach Parise and Jared Spurgeon all had goals for Team Green.

Alex Stalock improved to 2-0 in scrimmages, and for the second straight intra squad game, No. 3 goalie Kaapo Kahkonen had a clean sheet in the third period.

Evason hasn’t made any decisions on who will be in net when the Wild face the Colorado Avalanche in an exhibition, and he’s not close to naming a Game 1 starter against Vancouver.

“There’s no need to make it now because we’re not 100 percent on what’s going to happen tomorrow. When we need to make that decision, then we will,” Evason said.

Players and staff are making their final preparations before getting on a plane to head to Edmonton on Sunday. When they get there, they’ll have a four-day quarantine in their hotel rooms.

After more than three months off, the reality is setting in that playoff hockey is just around the corner. The Wild and Canucks will meet in Game 1 at 9:30 p.m. local time on Aug. 2.

“I think right when camp kind of happened and we were all back together for that first time, that was really kind of the eye opener, this is going to happen. We’re here, let’s go do it,” Luke Kunin said. “It’s exciting that it’s getting closer. I think we’re ready to play against someone else other than ourselves.”