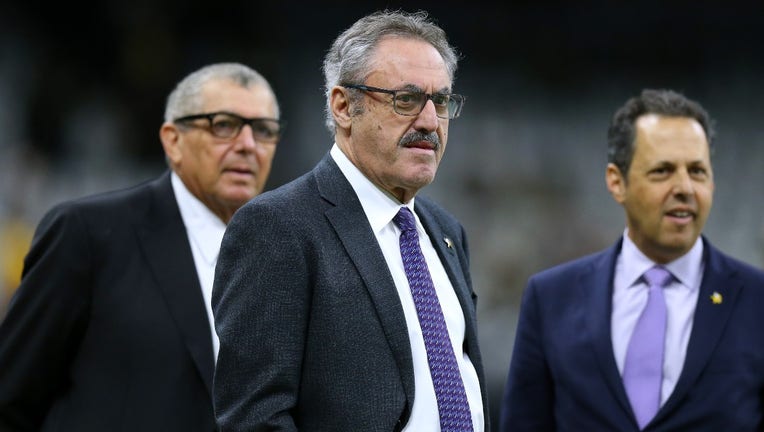 Owner Zygi Wilf of the Minnesota Vikings looks on during the NFC Wild Card Playoff game against the New Orleans Saints at the Mercedes Benz Superdome on January 05, 2020 in New Orleans, Louisiana.  ((Photo by Jonathan Bachman/Getty Images))

MINNEAPOLIS - The Minnesota Vikings confirmed on Monday they held an interview with John Spytek for the general manager position after the team parted ways with Rick Spielman last week.

Spytek has worked in the NFL since 2004, when he was an operations intern with the Detroit Lions.

Spytek is the second interview the Vikings have had for the next general manager, and the team is expected to conduct as many as eight. On Sunday, they interviewed Luverne native Monti Ossenfort, currently the vice president of football operations for the Tennessee Titans.

Adofo-Mensah started his NFL career in 2013 with the San Francisco 49ers and spent six years there in football research and development before moving to the Browns' front office. Adofo-Mensah was in the business world before the NFL, working as an associate portfolio manager at Taylor Woods Capital and was vice president/executive \director at Credit Suisse as a commodities' trader.

The Vikings held their third and final interview on Monday for the GM position, and made NFL history in the process. Catherine Raiche is currently the vice president of player personnel with the Philadelphia Eagles, and started with the team in 2019 as the player personnel coordinator.

Team officials confirmed Monday night she interviewed with the Vikings' management team. It's believed Raiche is the first woman in the history of the NFL to interview for a GM position. Raiche started her career in football in the CFL in 2015 with the Montreal Alouettes as the coordinator of football administration. She also worked with the Toronto Argonauts before joining the Eagles.

Raiche would be just the second general manager in NFL history. Susan Tose Spencer was the first, with the Eagles from 1983-85.

The Vikings have interviewed four candidates for the GM job, and are expected to conduct preliminary talks with as many as eight.