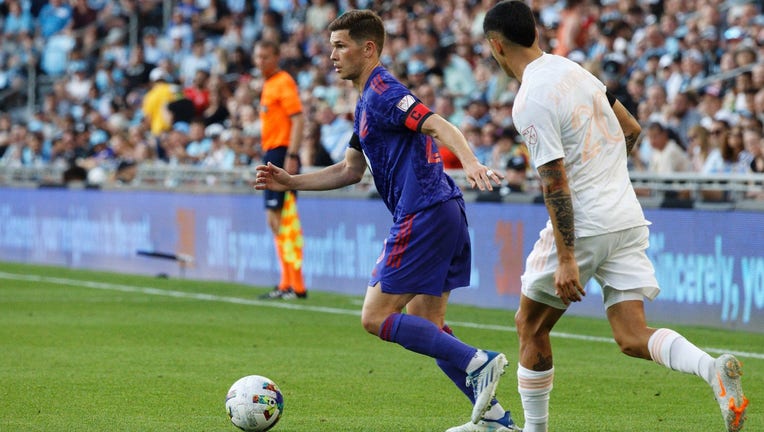 The Loons got a much-needed 4-3 win, with goals from Bakaye Dibassy, Jacori Hayes, Luis Amarilla and Aziel Jackson. Adrian Heath played some younger players, with several veterans away on international duty as the team is taking a three-week break from Major League Soccer.

After a tough stretch in the season, the Minnesota United will head into a break with the hops of during the year around afterwards.

The only problem is the win came at a price, with Romain Metanire, who went down with a hamstring injury. Heath said at training earlier this week he’s likely out months, rather than weeks.

"The only disappointment from the weekend was Roman’s injury. Sometimes you say that’s an occupational hazard, but it doesn’t make it any easier for the kid. He’s a big, big part of the way we play," Heath said.

It hasn’t been the start to the 2022 season that Minnesota United was looking for. The Loons are 5-6-3 through 14 matches, and they’re sitting in the No. 9 spot in the Western Conference at 18 points. They’re 3-3-2 at Allianz Field this season and have scored just as many goals, 15, as they’ve allowed.

Minnesota United returns from its international break on Sunday, hitting the road to face New England Revolution. The Loons are hoping to get back keeper Dayne St. Clair, Robin Lod, Kervin Arriaga and Michael Boxall from international duty.

Heath said Saturday’s friendly was important to stay fresh amid the time away from MLS play.

"It’s three weeks without a game and the next one is another week, so it could’ve been four weeks. I think the game was important for us in the fact that we had a great crowd. There was a lot of goals in the game and we got some minutes for the younger guys," Heath said. "I thought there was a lot of positives from the day."

It was a whirlwind week for Minnesota United keeper Fred Emmings. He graduated from St. Paul Central High School, then made his MLS debut Saturday, getting five minutes against SC Paderborn.

The Loons signed the homegrown talent in 2020. He’s been getting game action with MNUFC 2, Minnesota United’s MLS Next Pro affiliate. He got his first live-game action with the Loons in front of a sellout crowd at Allianz Field.

"With the fans it’s completely different. Having that many supporters behind you, it’s really unreal. It’s a dream come true. It’s the only way I can put it," Emmings said.

Minnesota United’s match at New England was moved from 7 p.m. to 4 p.m.