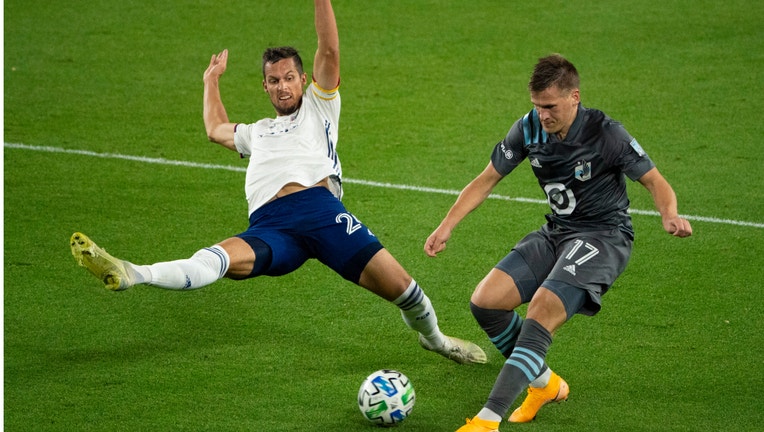 MINNEAPOLIS - For the second straight year, Minnesota United will open the Major League Soccer Playoffs with a match at Allianz Field.

The Loons ended their regular season Sunday night with a 3-0 win over FC Dallas. They finished the regular season as the No. 4 seed with a 9-5-7 record, good for 34 points. Minnesota United is 5-1-3 at Allianz Field this season.

Kevin Molino scored a pair of goals for Minnesota United in Sunday’s win. His first game in the 18th minute, on assists from Robin Lod and Emanuel Reynoso. The Loons took a 2-0 lead in the 47th minute on Reynoso’s first goal with Minnesota United. It came off an FC Dallas turnover, and a Lod assist.

Molino’s second score of the night to give the Loons a 3-0 lead came in the 79th minute to put the victory away. Jan Gregus fed a ball wide to Lod, who beat a defender and found Molino, who found Reynoso. He fed a pass to Molino, who buried a shot in the lower right corner.

Minnesota United is unbeaten in its last eight matches to finish the season, with four wins and four draws. They'll enter the playoffs plus-10 in goal differential, having scored 36 goals and allowed 26.

The Loons will face Colorado Rapids in the MLS Playoffs in two weeks. Colorado finished as the No. 5 seed with 28 points in 18 matches played. The two teams met twice this season. Minnesota United beat Colorado Rapids 2-1 back on Oct. 28 at Allianz Field, and the Loons played to a 2-2 draw with Colorado back on July 22 in the final game of group stage play at the MLS is Back Tournament in Florida.

Minnesota United learned Monday it will host Colorado Rapids at 6:30 p.m. on Sunday, Nov. 22 in a match that will be aired on ESPN. The playoff match will be played without fans at Allianz Field, due to the COVID-19 pandemic.