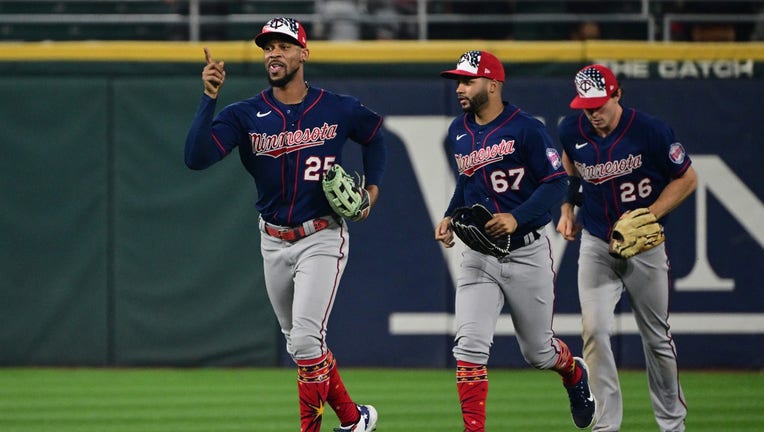 MINNEAPOLIS - The Minnesota Twins beat the Chicago White Sox 6-3 in 10 innings Monday night at Guaranteed Rate Field, thanks in large part to a rare triple play done by the Twins.

So rare, in fact, that’s the first one of its kind to happen in Major League Baseball history. The White Sox had tied the game 2-2 in the bottom of the seventh, and had two runners on with nobody out when they committed a bizarre base running blunder. A.J. Pollock sent a fly ball to right center, and Byron Buxton ran it down.

Inexplicably, Yoan Moncada and Adam Engel each didn’t retreat to their bases, perhaps thinking Buxton wouldn’t run down the fly ball. Buxton immediately threw the ball into third baseman Gio Urshela, who tagged out Moncada and stepped on second to retire Engel for the 8-5 triple play. The Twins put a stop to what could’ve been a big inning for the White Sox.

Twins manager Rocco Baldelli had difficulty explaining the play after the win.

"I had no idea what was going on. When the ball was hit, I was watching the ball. When Buck caught it, I got excited, but thought we got one out. But we got a little more than that," Baldelli told reporters. It’s the first 8-5 triple play in the 146-year history of MLB.

Buxton also hit a two-run homer, and the Twins scored four runs in the 10th on a Luis Arraez single, a Jorge Polanco sacrifice fly and Alex Kiriloff’s two-run single. The Twins have won three of their past four and improved to 46-37, leading the Cleveland Guardians by 3.5 games in the American League Central Division.