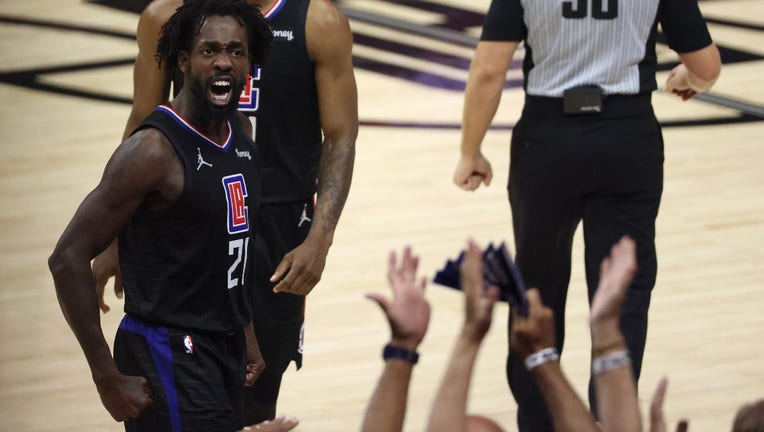 Patrick Beverley #21 of the LA Clippers reacts to the crowd after a Phoenix Suns foul during the first half in Game Six of the Western Conference Finals at Staples Center on June 30, 2021 in Los Angeles, California. ((Photo by Harry How/Getty Images))

MINNEAPOLIS - The Minnesota Timberwolves made it official on Wednesday: They’ve traded Jarrett Culver and Juancho Hernangomez to the Memphis Grizzlies for guard Patrick Beverley.

Beverley, known largely for his perimeter shooting and defense, has played nine NBA seasons between the Houston Rockets and L.A. Clippers. He’s averaged 8.8 points per game, shooting 41.5 percent from the field, 4.3 rebounds and 3.4 assists per game over 468 career games, including 384 starts.

He started 34 games last season with the Clippers, averaging 7.5 points per game on 42.3 percent shooting. Beverley has been named to the NBA’s All-Defensive team three times, including a first-team selection in the 2016-17 season.

The Timberwolves moved up in the 2019 NBA Draft to take Culver with the No. 6 overall pick. But Culver struggled to stay healthy, playing in 97 games with 42 starts over his first two seasons, averaging 7.8 points and 3.3 rebounds per game.

The Timberwolves traded for Hernangomez as part of Gerson Rosas’ initial roster overhaul before the NBA trade deadline on Feb. 5, 2020. In 66 games and 20 starts with the Timberwolves, Hernangomez averaged 8.4 points and 4.7 rebounds per game.