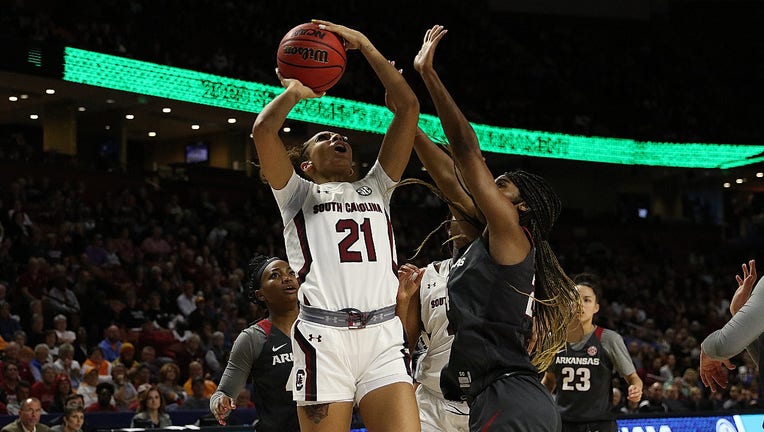 MINNEAPOLIS - The Minnesota Lynx decided to add to their frontcourt with the No. 6 pick in Friday night’s WNBA Draft.

The Lynx selected Mikiah Herbert Harrigan, a 6-2 forward out of South Carolina. She started all 31 games for the Gamecocks last season, averaging 13.1 points 5.6 rebounds per game. She’s one of three players to get 1,000 career points and 200 career blocks at South Carolina.

The Minnesota Lynx decided to add to their frontcourt with the No. 6 pick in Friday night’s WNBA Draft.

She helped lead South Carolina to an NCAA title, a pair of SEC regular season titles and three SEC Tournament titles. She also helped lead the Gamecocks to the 2019 Sweet 16 and 2018 Elite Eight.

With the fourth pick in the second round, the Lynx selected UConn guard Courtney Dangerfield. At 5-5, she averaged 14.9 points, 3.7 rebounds and 3.9 assists per game in 30 games last season for the Huskies. She scored in double figures in 24 of the 30 games. She'll reunite with former teammate Napheesa Collier in Minnesota. Collier was last year's No. 6 pick in the WNBA Draft and won Rookie of the Year honors.

The Lynx also added Erica Ogumike to the roster in a trade with the New York Liberty Friday night. Ogwumike is a forward out of Rice University who averaged 19 points and 10.3 rebounds per game in 27 starts last season. Ogwumike was the Conference U.S.A. Player of the Year last season.

The Lynx sent forward Stephanie Talbot to the Liberty in exchange for Ogwumike. Talbot played in 33 games last season, averaging 4.4 points, 2.3 rebounds and 1.4 assists per game.