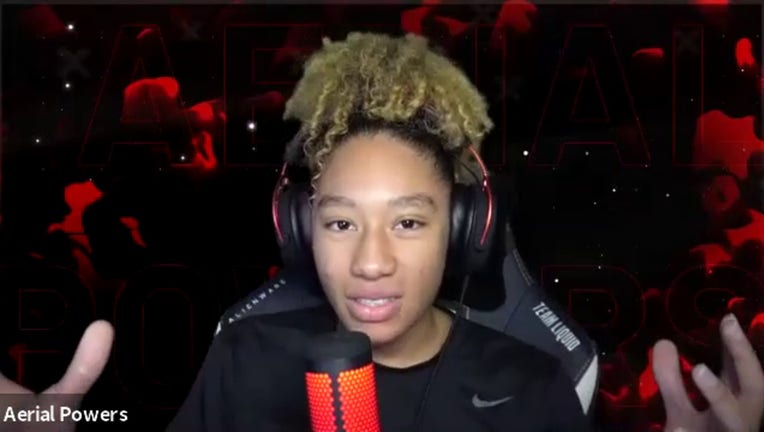 Aerial Powers, a 2019 WNBA champion, talked Tuesday about signing with the Minnesota Lynx in free agency.

MINNEAPOLIS - There’s a theme emerging for the Minnesota Lynx as Cheryl Reeve navigates the offseason and changes her hats from head coach to general manager: She’s revamping what already was a talented roster and turning it into a championship contender.

Reeve said Tuesday she’s been interested in coaching Powers since her college days at Michigan State. The timing was right this offseason, and when the two sat down to talk, the chemistry was natural.

In a Zoom session with reporters on Tuesday that lasted nearly 40 minutes, Powers exuded energy and enthusiasm that should have Lynx fans clamoring for basketball. She spoke about wanting to join a championship culture, embracing the Lynx’s approach to activism with social justice causes and her becoming an avid gamer.

She’s a pretty good basketball player, too. A five-year WNBA veteran, Powers came off the bench with the Mystics in 2019 and averaged more than 11 points per game in winning her first championship. She spent her first five seasons with the Dallas Wings and in 104 career games, is averaging 10.1 points, 3.2 rebounds and 1.3 assists per game.

Powers played in six games last year and was averaging more than 16 points and 4.8 rebounds per game before being sidelined with a hamstring injury.

"AP has a way of playing the game that’s just fun to watch. The energy that she gives to it, you see great joy when Aerial plays the game," Reeve said.

She comes to a franchise that has added quality players this offseason, along with already established talent in Sylvia Fowles, Napheesa Collier, Crystal Dangerfield and Damiris Dantas among others.

Reeve even sent Powers a Lynx-colored gaming controller as part of the sales pitch.

"I’m looking at all these great players and I’m going ‘Ok, we got something there,’" Powers said. "Cheryl told me about all these pieces, it’s just like how can we not win a championship? That made my eyes go what? Where do I sign? What’s next? I think Cheryl was playing chess, not checkers. I feel like when it comes to the longevity of this team, we can win championships on championships."

She’s right. With Reeve in charge, the Lynx have made 10 straight WNBA Playoff appearances and won four championships. The hope and the goal is that 2021 is the start of a new era with the Lynx.

"What appealed to me most was for her to do it four times, I don’t think people really realize how amazing that is. Not only do you have to have the right culture, you have to have players that invest and trust in you. That’s very hard," Powers said. "The championships speaks for itself."