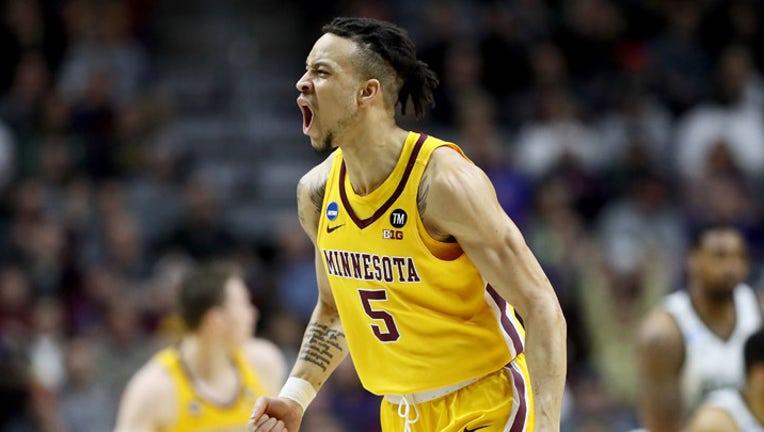 MINNEAPOLIS - The University of Minnesota has a new men’s basketball coach, and it has the local basketball community buzzing about what the Gophers can become.

Ben Johnson played three seasons for Minnesota, was a two-time captain and spent five seasons as an assistant for Richard Pitino. He scored more than 2,200 points at DeLaSalle, leading the Islanders to a pair of state championships.

Minnesota Athletic Director Mark Coyle made Johnson’s hire official Monday night, and he was introduced on Tuesday. Several who know Johnson went to social media to share their excitement.

Amir Coffey is now in the NBA with the L.A. Clippers, and was one of a few local players recruited to the Gophers by Johnson. His father, Richard Coffey, says Johnson is the main reason Amir went to Minnesota.

Daniel Oturu was a star at Cretin-Derham Hall before coming to the Gophers, and is now teammates with Coffey in L.A. He was the first Minnesota player drafted since 2004, and loves the Gophers hiring Johnson.

J.B. Bickerstaff played for the Gophers, and is now the head coach of the Cleveland Cavaliers.

Al Nolen played guard for the Gophers and is now a Twin Cities educator and coach.

Travis Bledsoe played at DeLaSalle, is now the high school coach there and runs basketball cames through Nike.

It's clear Johnson has the support of the local basketball community, especially the closer you get to Minneapolis, campus and Williams Arena. Now, it's on the newest Gophers head coach to keep the top local talent home, and turn the Gophers into a consistent contender.