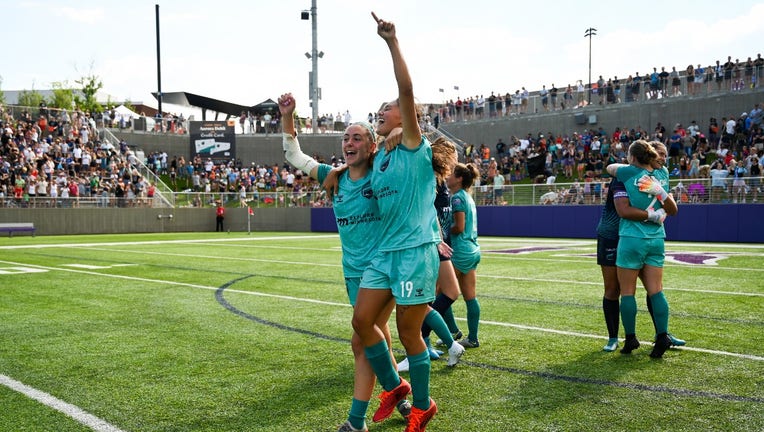 MINNEAPOLIS - After just one season in pre-professional soccer, Minnesota Aurora FC is looking to take its franchise to the next level.

"Because of the overwhelming community support in our first year, we now have the opportunity to pursue a professional team far sooner than we initially expected," the letter ads.

Minnesota Aurora FC officials say they have started conversations with investors in taking the next steps to move to a professional league. In the letter, team officials say pro soccer requires "deep pockets" and requires finding "higher level investors." The conversations the team has had with potential investors have been "wonderfully productive," noting they understand Aurora's mission.

However, the letter notes, because it's still early in the process, logistics and specifics are not yet set – and details cannot be shared publicly at this time.

In its inaugural season, Minnesota Aurora FC's nine home matches at TCO Stadium in Eagan were either sellouts, or had near capacity crowds. The franchise started with a financial commitment from more than 3,000 local community leaders and investors that totaled $1 million. Team officials told investors in the letter to become a professional franchise, they have two options for leagues to join and are actively in conversations with both. One standard of turning professional is having a single owner who has 35 percent of the franchise, and meets standards of high wealth.

Those wanting to become a "significant investor" will need to show proof of their net worth, and be willing to invest a minimum of $500,000. Team officials say the move does not impact the 2023 season, as Minnesota Aurora will again compete in the USL-W.

Minnesota Aurora FC went undefeated in the regular season, and won two home playoff games to earn the right to host the USL-W championship game. After tying Green Bay Glory in its first match, Minnesota Aurora put together a 13-match win streak that came to an end in a loss in extra time to South Georgia Tormenta FC for the USL-W title.

After the season, head coach Nicole Lukic was promoted to the team's sporting director, where she will oversee all of the team's soccer-related activities.