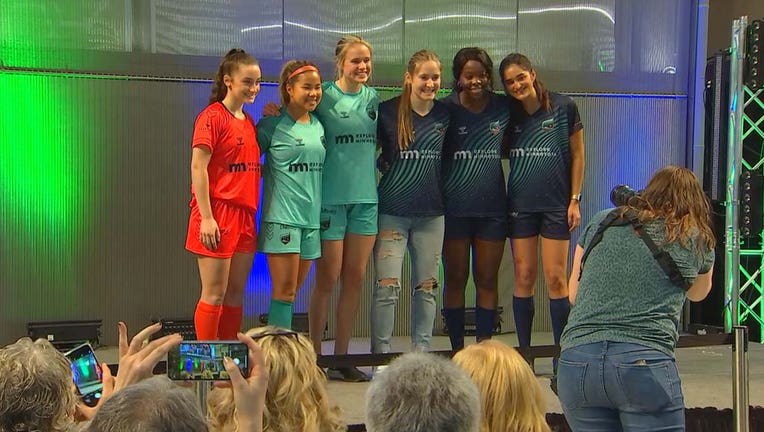 Minnesota Aurora FC unveiled the team's uniforms at the Mall of America Saturday.

The Minnesota Aurora FC uniforms, designed by Cassidy Sepnieski, were inspired by the team name Aurora and the Northern Lights.

"Getting to bring these inaugural kits to life has truly been an honor and a privilege. I was immensely inspired by the community owners and the passion surrounding the club – on top of the beauty of Minnesota," Sepnieski said in the news release. "I wanted to design something that reflected the interconnectedness of the club while upholding the incredible visual identity that other female designers have created."

Minnesota Aurora FC will open the 2022 season hosting the Green Bay Glory on May 26. All home games will be played at TCO Stadium in Eagan, the practice facility for the Minnesota Vikings.