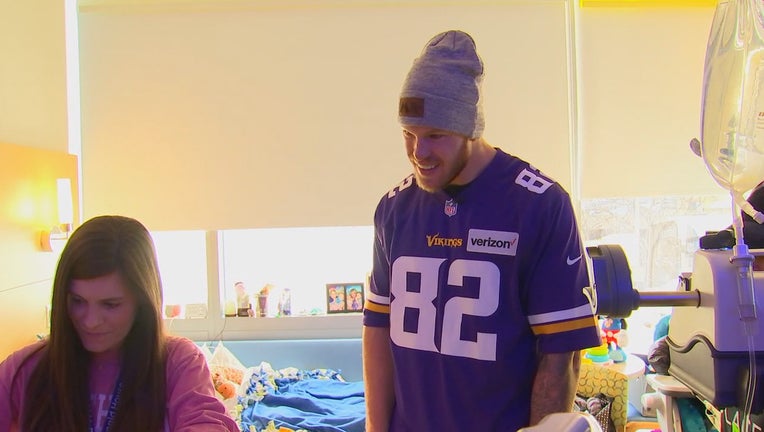 MINNEAPOLIS - With sports shut down across the globe, athletes all over the world are doing their part to help people in need who are struggling financially or otherwise due to the Coronavirus pandemic.

The same is true in Minnesota, with several teams and athletes stepping up to provide what they can. We as fans miss seeing our favorite athletes doing what they do best, and now without a field to play on, they’re doing what they can to contribute to the greater good.

Last week, the Minnesota Twins, Wild, Timberwolves and Lynx all announced donations to their perspective leagues to pay stadium employees who are now out of work with Coronavirus shutting down sports. The Twins play 81 games per season at Target Field, the Wolves had nine home games left at Target Center, the Lynx have 18 home games scheduled for 2020 at Target Center and the Wild had six regular season home games left, plus possibly the playoffs at Xcel Energy Center.

Now, more Minnesota athletes are stepping up with their resources to help those in need.

Vikings tight end Kyle Rudolph, the team’s 2019 nominee for the Walter Payton Man of the Year Award, announced Monday he and his family are donating 82,000 meals to Minnesotans hit hardest by Covid-19, including kids who rely on meals at school. Rudolph and his family have also set a goal of raising $200,000 for Second Harvest Heartland, which will provide up to 600,000 meals for Minnesota families.

Current linebacker Anthony Barr, through his foundation, is offering $500 emergency grants to current and former Raise the Barr scholarship recipients. Within the first hour, there had been 30 applicants. The Raise the Barr Foundation focuses on helping single parents complete their post-secondary education.

Back on March 15, Timberwolves star Karl-Anthony Towns announced he would be making a $100,000 donation to the Mayo Clinic, which would be used to develop a test detecting the virus that causes Covid-19. Mayo Clinic officials said the donation will allow them to develop as many as 1,000 tests per day.

On March 18, Minnesota United announced it would be donating 2,000 pounds of food from Allianz Field to the Aliveness Project and Second Harvest Heartland.