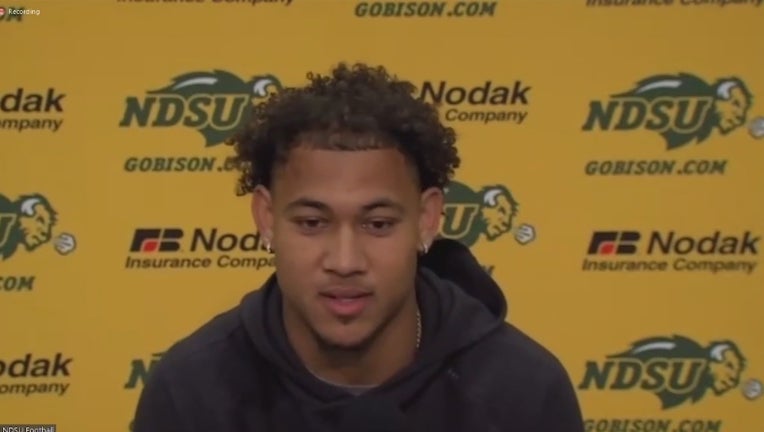 MINNEAPOLIS - The Marshall football community is smiling and celebrating Thursday night after one of their own became a first round pick in the NFL Draft.

Trey Lance, a former star quarterback at North Dakota State, was taken No. 3 overall by the San Francisco 49ers. He’s hoping to be one of the next franchise quarterbacks in the NFL, with Trevor Lawrence and Zach Wilson selected ahead of him.

He led the Bison to 16 straight wins, culminating in an FCS title. He ranked second in the FCS in yards per pass attempt (2,786 total yards, 9.7 per attempt) and fifth in completion percentage (66.9 percent). He did not throw an interception the entire season while also ranking 10th in the FCS in rushing yards per carry (1,100 yards, 6.5 yards per carry and 14 touchdowns).

North Dakota State postponed its 2020 football season until the spring amid the COVID-19 pandemic, but played one fall contest against Central Arkansas on Oct. 3. Lance led the Bison to victory, going 15-of-30 passing for 149 yards, two touchdowns and had one interception. He also ran 15 times for 143 yards (9.5 per carry), and two touchdowns. Lance declared for the NFL Draft a few days later. He was all-state pick at Marshall High School in Minnesota.