It's official – Minnesota basketball legend Lindsay Whalen will be inducted into the Naismith Memorial Basketball Hall of Fame this fall.

(FOX 9) - It's official – Minnesota basketball legend Lindsay Whalen will be inducted into the Naismith Memorial Basketball Hall of Fame this fall.

She was named as an inductee in the Hall of Fame’s class of 2022 announcement Saturday morning at the Men's Final Four in New Orleans. The Gopher women’s basketball head coach was named a first-time finalist in February.

Lindsay Whalen was quarantined in her Twin Cities home with COVID-19 last Monday when she got a call that would change her life forever.

"To be able to be inducted among so many past greats with this game and then with this class as well. Just so many tremendous people in this class," Whalen said during the Hall of Fame ESPN broadcast. "Thankful to everybody who has been a part of this. Extremely honored for sure." 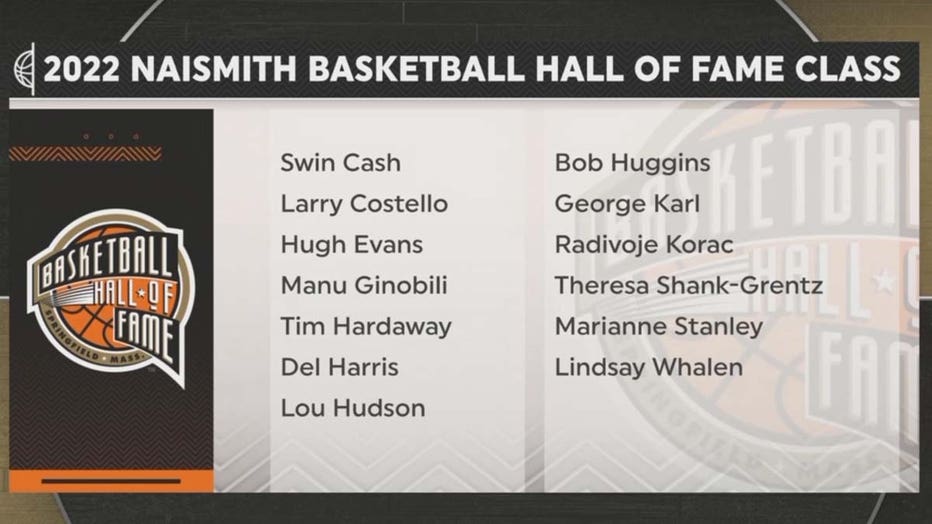 Whalen, the Gopher women’s basketball head coach and Hutchinson, Minn. native, had stellar collegiate career with the Gophers. She helped lead the Gophers to their only Final Four appearance so far in program history in 2004. Her number 13 jersey is retired and now hangs in the rafters at Williams Arena.

Whalen’s 15-year WNBA career started in Connecticut with the Sun and triumphantly ended back home in Minnesota where she won four WNBA Championships with the Lynx, and was a six-time WNBA All-Star. Whalen also won two Olympic gold medals with Team USA and two World Championship gold medals.

Title IX paved the way: 1-on-1 with Lindsay Whalen

Minnesota Gophers Women's Basketball Head Coach Lindsay Whalen sat down with FOX 9 to talk about a momentous event that changed her life -- the Gophers' Final Four journey in 2004.