The Minnesota Vikings continue building for 2022, and head coach Kevin O’Connell is embracing a new reality every time he steps on the practice fields at TCO Performance Center in Eagan.

MINNEAPOLIS - Kevin O’Connell embraces a new reality every time he steps on the practice fields at TCO Performance Center in Eagan: He's no longer just a coordinator, he's in charge of everything.

Hired as the Minnesota Vikings head coach in February, every decision made on the field over the next three months will directly impact his first season in charge. He preaches communication and collaboration, but ultimately he makes the calls on plays, personnel and the in-game decisions will fall on him.

That’s why he’s learning as much as his players are over three weeks of organized team activities, and three days of mandatory mini camp before the team breaks ahead of training camp.

"Just little things. The clock, where we’re going to operate on fields, how to film things. You’re responsible for everything. I can just do whatever I think is best for the team," O’Connell said. 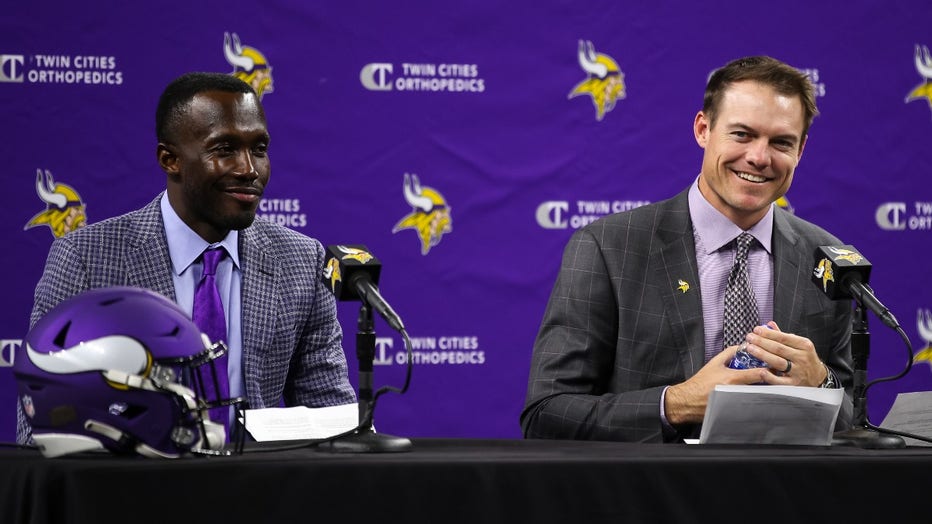 One of the new features at TCO Performance Center is a jumbotron on the field, showing plays as they happen. If O’Connell or a coach doesn’t like something they see on film, they can stop and correct it before it becomes a bad habit.

Organized team activities serve a couple purposes for O’Connell: Get rookies and veterans on the field at the same time, and get a look at what might be the early position battles in August as players compete for a spot on the 53-man roster.

"The intent is to make sure we show up to training camp in our most competitive environment as we build towards the season in the fall. That’s when the real competition will take place," O’Connell said.

O’Connell on Wednesday had high praise for tight end Irv Smith Jr., who missed all of the 2021 season after tearing his meniscus in a preseason game. He’s back healthy, and so far has looked the part on the field.

They’re not rushing him into team situations. He’s been doing mostly light work on the side, and ran some routes in 7-on-7 drills. Smith was set for a breakout season after making 30 catches for 365 yards and five touchdowns. He had also made strides in run-blocking.

The mood was light and there were plenty of smiles as the Minnesota Vikings convened on Tuesday at TCO Performance Center in Eagan for organized team activities.

He played well enough that the Vikings released veteran Kyle Rudolph heading into last season, and Smith was poised to be the No. 1 tight end.

"I know there was a lot of folks excited about him last fall before that injury happened. I think where he’s at in his career and some of the success he’s had, I think he’s ready to absorb all this and be in a position to go play fast, go play with a bunch of confidence," O’Connell said. "He’s going to be a major part of what we do."

While hosting OTAs, the Vikings are also hosting 12 coaches from the college ranks Wednesday-Friday for a Diversity Coaching Summit, engineered by associate head coach Mike Pettine. Through college connections and a series of virtual interviews, the Vikings have brought in quality control coaches, analysts and graduate assistants to one day develop their pipeline to an NFL position.

"The real basic premise of the program is really to feed the candidate pool for the NFL from the bottom up. I don’t think there’s enough emphasis placed on the entry-level jobs," Pettine said. "That’s the glue, and people don’t realize how important those positions are. It made too much sense."

This year’s group includes 11 coaches of color, and Roseanna Smith, a female candidate who is currently the director of football operations and the running backs coach at Oberlin College in Ohio.

Pettine said the summit is about building relationships for future opportunities. They’ll sit in meetings, do interviews and experience the culture of an NFL practice facility. Pettine, who tried to the summit in Green Bay before the COVID-19 pandemic and then eventually being let go, hopes it’s a practice adopted by teams across the NFL.