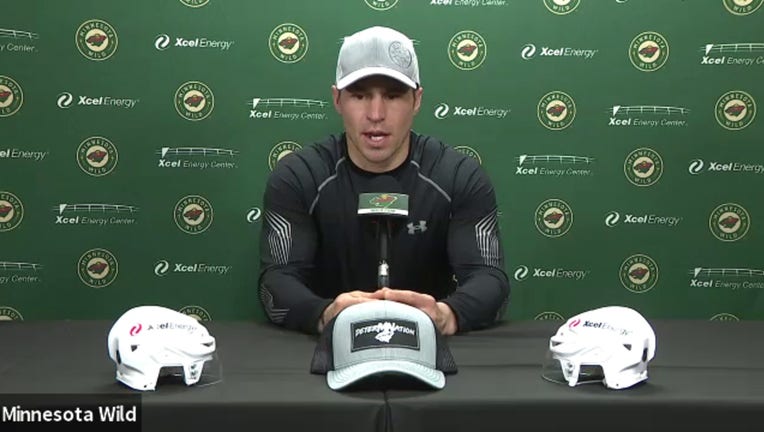 MINNEAPOLIS - Zach Parise is looking forward to getting back on the ice with his Minnesota Wild teammates Wednesday night against the Colorado Avalanche, but is clearly frustrated and irritated he had to sit out in the first place.

After the Wild’s 2-1 win over the Anaheim Ducks on March 22, Parise was placed on the NHL’s COVID-19 Protocol List. He spoke after morning skate Wednesday for the first time since being lifted from the list, and was cleared to get back to skating last Friday. He said he’s skated four or five times, and will be ready to face the Avalanche.

But he doesn’t think he actually ever had COVID-19. He says a false positive put him on the protocol list, and he never tested positive when the Wild had to go on a two-week pause earlier this season due to a COVID-19 outbreak. Regardless, league rules state he had to be out more than a week.

"I had nothing. I’m not convinced that I had it, to be honest. I had the one positive, I’ve had a false positive before also. Followed up with three or four negatives, and I felt nothing the whole time I was out. You’d have a hard time convincing me that I was sick," Parise said. "You’ve got to follow the rules and follow the league’s protocol, didn’t really have much of a choice on that. That part was frustrating, thinking there was really nothing wrong with me."

The Wild is currently in the No. 3 spot in the Honda West and hunting a playoff spot, but it hasn’t been the season Parise envisioned for himself so far. He’s played in 29 of the Wild’s 37 games this season, and has just 12 points. That consists of three goals, and nine assists.

He’s had his playing time reduced, he’s no longer a regular on the power play and was even a healthy scratch earlier this season, for just the second time in his NHL career.

With 19 games to play, and likely the postseason, he’s focused on helping the Wild make a run.

"It’s definitely been challenging, but at that point you just try to make the most of what you’re getting. When you are called upon, really just go out there and try to make an impact in any way that you can," Parise said.

Wild coach Dean Evason expects him to be ready to go, and have fresh legs against the Avalanche.

"We’ve seen it from a lot of different players when they’ve had time off because of injury, because of Covid, what have you. They’re able to come back and have fresh legs, but our entire group should be ready to go," Evason said.

Parise said he was mostly home with his family while on the NHL’s COVID-19 list. His kids were on spring break, so it was a lot of watching his teammates on TV.

It’s been a frustrating year, but he’s back starting Wednesday night.

"I’m excited to play again. It’s never overly enjoyable to sit, have to watch your team play, watch your teammates and not be able to travel with them. I’m looking forward to playing again," Parise said. "It got long, but whatever. I couldn’t do much about it I guess."