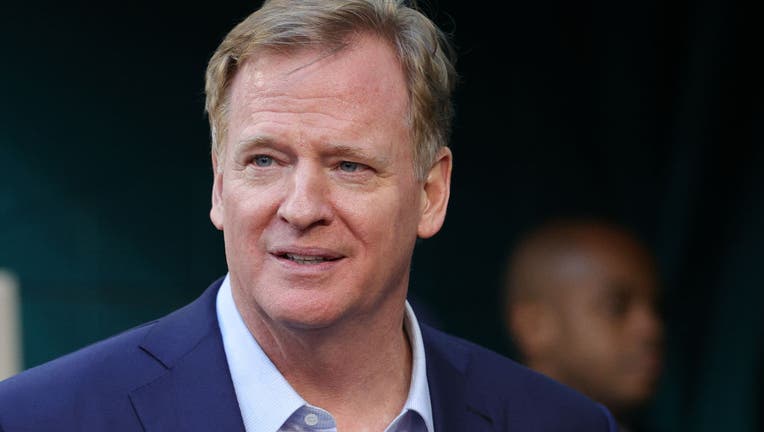 MINNEAPOLIS - The NFL Draft starts next Thursday, and it’s going to have an entirely different feel than we thought it would as recently as six weeks ago.

Plans to have the biggest draft in sports at the Bellagio Hotel in Las Vegas in front of hundreds of thousands of fans, with players ushered in via boat, had to be called off due to the Coronavirus pandemic. Instead, it will be completely virtual as the Covid-19 health crisis has most of the world in quarantine.

The coaches, GMs and player personnel of all 32 teams will be confined to their individual homes and communicating via teleconference with the NFL office, which also will have its workers all remote at their homes. Even Commissioner Roger Goodell, who will announce the picks, will be in his East Coast basement.

League officials have the power to stop the clock on picks, in the event of a technical issue. Teams can also communicate on teleconference about trades, which will also be communicated to NFL staff. Up to three staff members per team can submit picks if somebody is having a technical problem.

The NFL is using Microsoft Teams and Amazon WorkSpaces to communicate with teams and operate the draft, which will feel a lot more like fantasy football this year.

“It’s very different than what was still on the docket a little over a month ago,” said Peter O’Reilly, executive vice president for club business and league events in the NFL. “We feel pretty confident in the technology there.”

The NFL will have a mock draft early next week to test all their systems, ensuring things are ready to go for the first round Thursday night. The draft will be broadcast by ESPN and the NFL Network, with analysts, reporters and experts working from their homes.

The league is also using the event as an opportunity to come together during the Coronavirus pandemic. There will be several ways in which the NFL honors healthcare workers, first responders and the essential workers on the front lines of Covid-19.

The NFL has also launched a “Draft-a-Thon” to raise money for those affected by Coronavirus. They’ve partnered with six non-profits (American Red Cross, United Way, Salvation Army, Feeding America, Meals on Wheels and the CDC Foundation). Fifty percent of proceeds will be split between the six non-profits, while the other 50 percent will go to local chapters across the country.

The NFL has already raised nearly $50 million for those most affected by Covid-19.

The Vikings have the No. 22 and No. 25 picks in the first round after trading wide receiver Stefon Diggs to the Buffalo Bills for four draft picks.

For those wanting to get an early idea of what a virtual draft might look like, the WNBA is doing its version at 6 p.m. Thursday on ESPN.