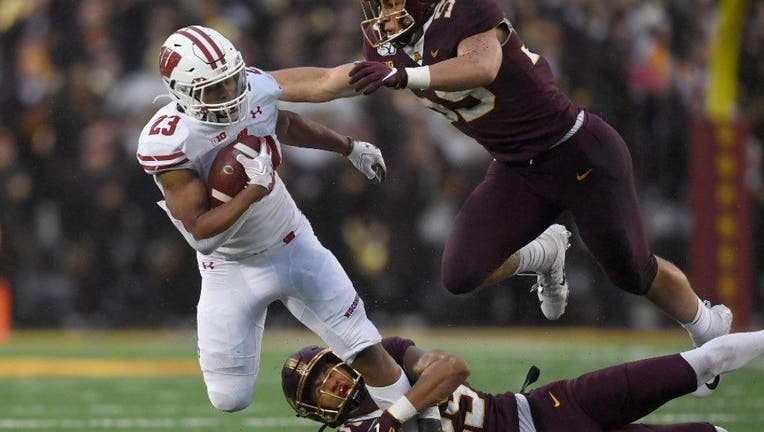 MINNEAPOLIS - If the University of Minnesota football team wants to take the next step in 2020, they’re going to have to rely on plenty of new faces and less-experienced players.

But they lost a lot of big names from last year: Antoine Winfield Jr., Thomas Barber, Carter Coughlin, Kamal Martin, Chris Williamson, Sam Renner, Winston DeLattiboudere, Kiondre Thomas and Tai’Yon Devers. That’s a good chunk of the defensive line, most of the linebacker corps and a consensus All-American in the secondary.

The good news? Minnesota has several defensive athletes that at least saw the field last year. Here’s a quick look at each level.

The linebacker position might be the greatest challenge for P.J. Fleck and Joe Rossi in 2020. Barber, Martin and rush end Coughlin all gone. The middle of the defense will be led this year by Mariano Sori-Marin, who gained valuable experience last year when Martin was out injured. Sori-Marin played all 13 games and had 42 tackles, including two tackles for a loss. Braelin Oliver will also be back after playing all 13 games, making 22 tackles, 3.5 tackles for a loss and three sacks. But Oliver may not be ready if the season starts on time after reportedly suffering an injury during spring practice. Thomas Rush should also see time at linebacker after making three tackles in 13 games last year.

A slew of athletes return to the Gophers’ secondary, and many of them at least have playing experience. Jordan Howden is the top returning tackler after making 57 stops and a half sack in 13 games. He had six pass break-ups, and his only interception of the season sealed a historic win over Penn State. Benjamin St.-Juste will be back in the secondary after making 45 tackles, 1.5 for a loss and tying for the team lead with 10 pass break-ups. Coney Durr also had 10 pass break-ups, as well as 33 tackles, one tackle for a loss and one interception last season. After a standout freshman season, Terell Smith played in nine games last year and finished with nine tackles. The Gophers should also get meaningful time from Calvin Swenson, who made eight tackles in 13 games, Justus Harris, who made six tackles in 13 games and Tyler Nubin, who had six tackles and two pass break-ups in 12 games. Phillip Howard is also back for one more year after making five tackles and recording one interception in 11 games.

There are plenty of players who will have a chance to make their imprint on Minnesota’s defense in 2020, but we won’t have a good grasp of who that will be until the team can get on the practice field together. Due to the Covid-19 pandemic, that might be a while.