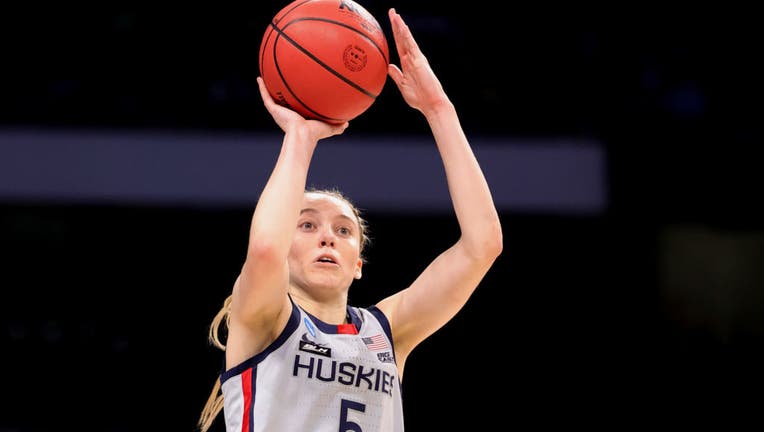 SAN ANTONIO, TEXAS - MARCH 29: Paige Bueckers #5 of the UConn Huskies shoots during the first half against the Baylor Lady Bears in the Elite Eight round of the NCAA Women's Basketball Tournament at the Alamodome on March 29, 2021 in San Antonio, Tex ((Photo by Carmen Mandato/Getty Images))

Bueckers was informed she won the award by coach Geno Auriemma during a team video session and broke down as she accepted it in front of her teammates.

The AP started the award in 1995. Bueckers is the 12th UConn player to win it.

As a high school senior at Hopkins High School, Bueckers won the 2020 Gatorade Female High School Athlete of the Year.