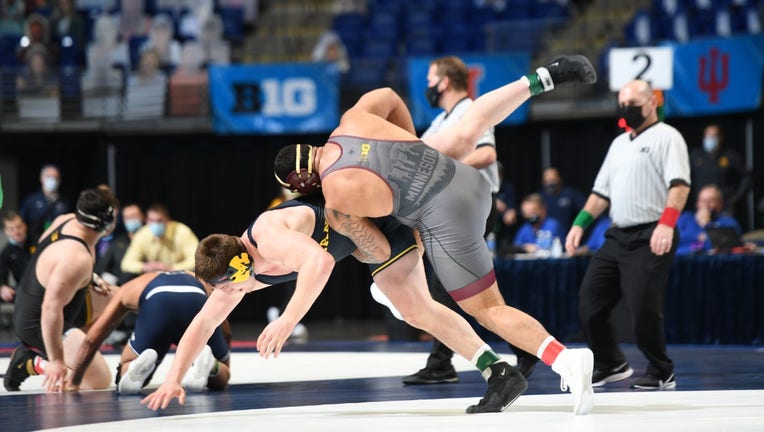 MINNEAPOLIS - University of Minnesota junior Gable Steveson became a Big Ten champion for the second time over the weekend, beating Mason Parris of Michigan in a 12-4 major decision.

Steveson, the No. 1-ranked wrestler in the country at 285 pounds, was also named the Big Ten’s Most Outstanding Wrestler after earning his second straight title. In a battle of undefeated wrestlers with a championship on the line, Steveson got two first period takedowns to take early control of the match.

Steveson improved to 12-0 on the season, and 62-2 in his Gophers’ career. He’s the first Gopher to win the Big Ten’s Most Outstanding Wrestler since Mack Reiter in 2005. He’s also the first Minnesota wrestler to win multiple Big Ten titles since Tony Nelson won three from 2012-14. Steveson’s title was the Gophers’ 11th at heavyweight since 2009.

"It's a great tradition we've got at Minnesota," Steveson told the Big Ten Network after his win. "If you want to be the champ, come to Minnesota ... you could be next."

He led the Gophers to a fifth place finish at the Big Ten Championships, and now advances to compete for a national title. The 2021 NCAA Championships will be held at the Enterprise Center in St. Louis, Mo., March 18-20.

Minnesota was set to host the 2020 NCAA Championships before they were canceled due to the COVID-19 pandemic.