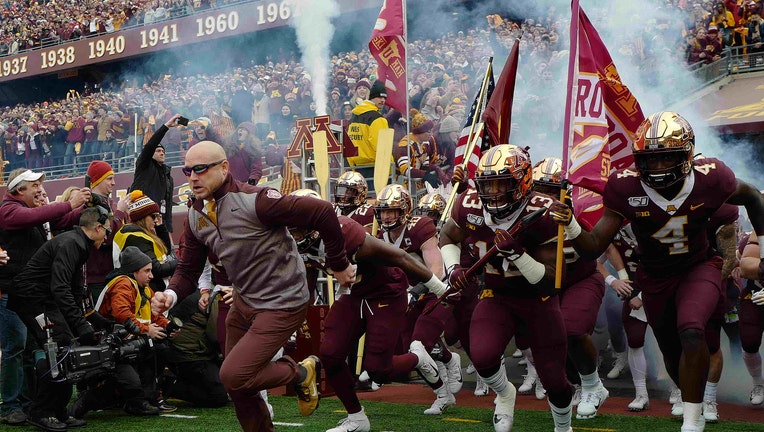 MINNEAPOLIS - It’s National Signing Day for high school recruits, which means seniors in Minnesota and across the country can start putting pen to paper and making their college choice official.

The University of Minnesota football team announced Wednesday it has added 19 players to the 2021 recruiting class. They signed 17 players to National Letters of Intent, a graduate transfer on defense and a walk-on. The 2021 class is ranked No. 22 in the country, tied for the highest-ever in Fleck's tenure at Minnesota. The class is also ranked No. 26 nationally in the composite ranks, which put all recruiting services together.

"This is one the greatest classes ever to come to the University of Minnesota in recent football years, and it’s during a pandemic. I think that deserves a lot of credit for a lot of people," Fleck said.

At least six of the signees are expected to enroll in January and participate in spring football. Fleck has signed six 4-star players, and for the fourth straight year, the Gophers have signed an ESPN 300 recruit in quarterback Athan Kaliakmanis.

The average ranking per recruit is the program's highest in history, and Fleck's four classes are the strongest four-year run in Gophers' history. Four of the 20-highest prospects in the history of the program are also in the 2021 class.

The 2021 class includes players from 10 states, and it was one of the most challenging recruiting years for P.J. Fleck as a head coach, during the COVID-19 pandemic. Due to restrictions put in place since March, all recruiting was done virtually and many signees have yet to see the campus in person.

"Half of them, I haven’t even shaken their hand or met them in person, or they haven’t met me. Can you imagine not meeting me and then get nine months of me without ever meeting me?" Fleck said. "I give our staff a ton of credit for being able to create that experience for those student-athletes away from the in-person experience, which was incredibly challenging."

The Gophers added five players from Illinois, three from Minnesota, three from Texas, two from Georgia and one each from Arizona, Florida, Indiana, Mississippi, Ohio and Washington. Here’s a look at who joined the Minnesota program officially on Wednesday.