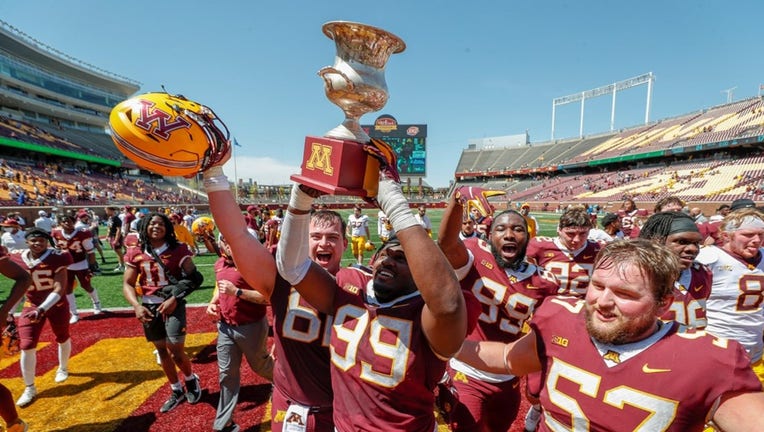 MINNEAPOLIS - Since the NCAA passed a law allowing for college athletes to profit off their name, image and likeness, the college sports scene has exploded with players getting endorsement deals.

The University of Minnesota football team is now putting itself in that mix as well. A group of Gophers’ football players is starting the "Twin Cities NIL Club," a membership-based community that gives fans access and support to players in a way that previously didn’t exist.

For a $199 fee donated online, members will get exclusive access to a meet-and-greet with the team. They’ll also get invited to an annual NIL Club members-only tailgate, they’ll have access to an online community to engage with players and access to content created by players that includes hearing about practices, games and match-ups ahead.

"We have always known that we have some of the best fans in the nation, now we get to show the fans that we care," quarterback Tanner Morgan posted to social media.

All money from sales will equally support every player involved in the program. The Twin Cities NIL Club will have 1,000 passes available starting in July, and it’s the only way to become a member of the club.

There are currently 24 football players on the team that are linked to NIL deals, which leads all sports. Women’s hockey has 14 players with NIL deals, softball has nine and men’s basketball, women’s soccer and wrestling have six.

The Gophers are coming off a 9-4 season, including a 23-13 win over rival Wisconsin to end the regular season and an 18-6 win over West Virginia in the Guaranteed Rate Bowl.