MINNEAPOLIS - It’s Rivalry Week in college football, and the University of Minnesota football team is ending the regular season against Wisconsin in the annual battle for Paul Bunyan’s Axe. 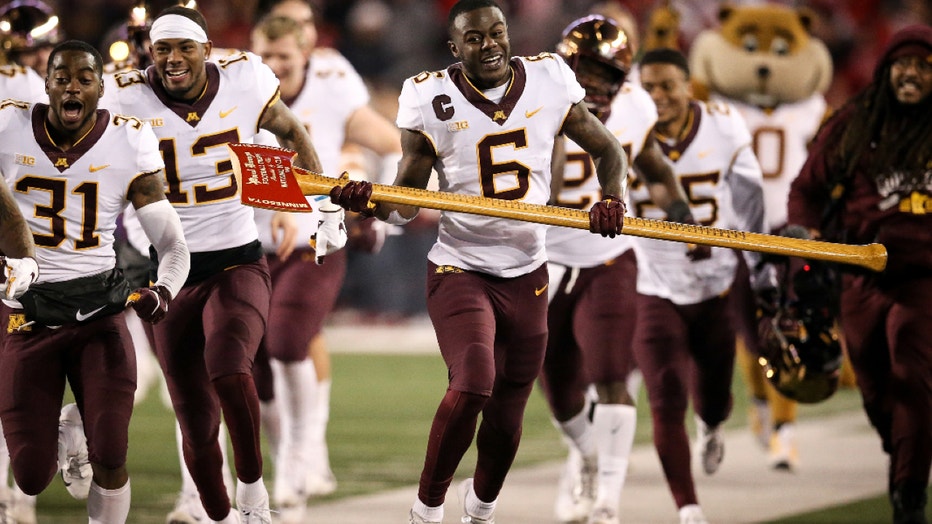 The Gophers were hoping Saturday’s game, which you can watch at 3 p.m. on Fox 9, would have Big Ten West implications. It does, but only for the Badgers. Minnesota was eliminated from division title contention after Nebraska lost to Iowa 28-21 on Friday. Wisconsin can win the Big Ten West with a win over Minnesota. Iowa wins it if the Gophers upset the No. 16-ranked Badgers.

Either Iowa or Wisconsin will head to Indianapolis next weekend to face the Saturday’s Ohio State/Michigan winner.

For the Gophers, it’s Senior Day for more than 30 players, but PJ Fleck said earlier this week to pay no attention to who participates and who doesn’t. Players will participate and come back for the 2022 season, some will not participate and won’t return next season. Those conversations between Fleck and the players will happen after the season.

One player we know is returning for 2022 is running back Mo Ibrahim, who made that announcement official earlier this week. The 2020 Big Ten Running Back of the Year suffered a season-ending leg injury in Week 1 against Ohio State. But he’ll return next season, a big boost for the Gophers’ offense.

On the field Saturday, the Gophers will have to contain one of the top running backs in the Big Ten, and try to find a way to move the ball on one of the top defenses in the country. Braelon Allen has seven straight 100-yard rushing games for the Badgers, including running for 228 yards and three touchdowns last week against Nebraska.

Wisconsin also features the top rushing defense in the Big Ten, and one of the best in the nation in scoring defense. Ky Thomas and Mar’Keise Irving will be tested in the run game, so it will be up to Tanner Morgan to build off throwing for 196 yards and two touchdowns last week at Indiana.

The Gophers have the No. 3 rushing defense in the Big Ten, and are top-15 in the country in total defense. They’ll try to take Allen away, and force quarterback Graham Mertz to beat them. Mertz has nine touchdowns and nine interceptions on the season.