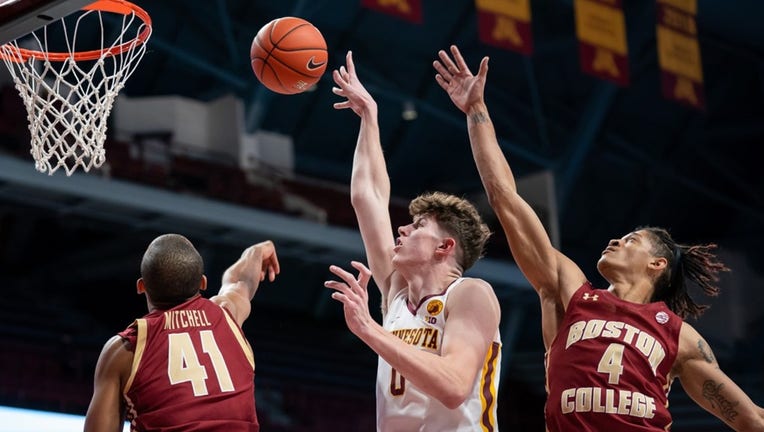 MINNEAPOLIS - The University of Minnesota men’s basketball team, coming off its first Big Ten win of the season, entered the Associated Press top 25 on Monday for the first time in two seasons.

Marcus Carr hit the game-tying shot with five seconds to play, and Brandon Johnson caught fire with four 3-pointers as Minnesota out-scored Iowa 19-12 in overtime. Carr finished with 30 points, while Johnson finished with 26, shooting 8-of-9 from three-point range.

Carr was named the Co-Big Ten Player of the Week on Monday after scoring 32 points in the win over St. Louis, then adding eight assists and three rebounds to his 30 points in the win over Iowa. Carr now has over 1,000 career points with the Gophers, is third in the country in scoring at 24.6 points per game, leads the nation with 61 made free throws, is fourth in the country with 69 made field goals and 10th in assists.

It's the first Big Ten Player of the Week Award for Carr.