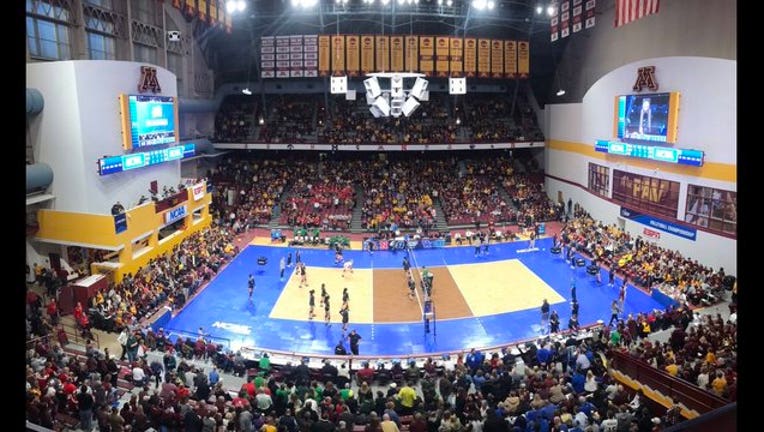 MINNEAPOLIS - The University of Minnesota volleyball team’s matches Friday and Saturday at Ohio State have been postponed due to COVID-19 issues within the Gophers’ program, team officials announced Thursday.

Minnesota (9-1) ranked No. 5 in the country, was set to face the Buckeyes (12-0) coming off its first loss of the season at Nebraska back on Feb. 21. The Gophers had their matches the following weekend against Michigan postponed due to COVID-19 issues within the Wolverines’ program.

Officials say this weekend’s matches were postponed as mutually agreed upon by both teams due to health and safety concerns. Both teams will work on rescheduling the matches, if there are open slots before the end of the regular season. That marks four straight postponed matches for the Gophers.

Coach Hugh McCutcheon said Wednesday his team was healthy and ready to go, but in COVID-19 times, all it takes is 24 hours for things to change.

Minnesota had started 9-0, including sweeps of No. 10 Penn State and No. 11 Purdue. The Gophers beat No. 4 Nebraska on Feb. 19 3-1 before suffering their first loss of the season to the Cornhuskers in a 3-0 sweep two days later.

"Losing is an occupational hazard, that’s what happens when you compete for a living. It doesn’t mean that it doesn’t sting, but what we know is I’d rather figure out some stuff now than have to figure it out at the end of the season," McCutcheon said.

Minnesota is next scheduled to host Illinois March 12-13 at Maturi Pavilion. Both matches will be televised on Fox 9 Plus.