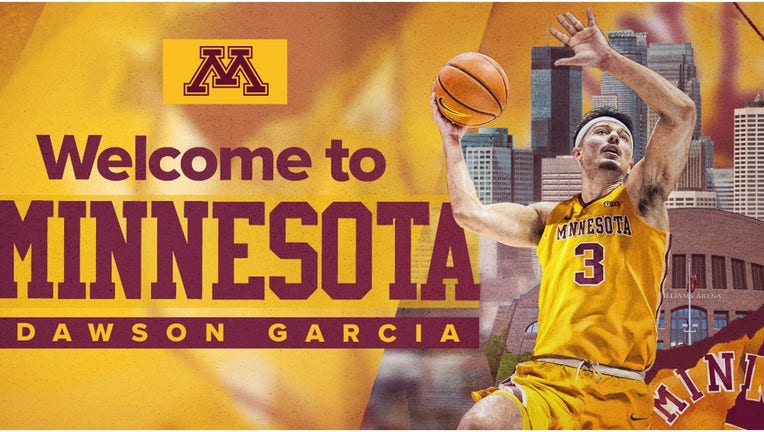 Tuesday morning, the Gophers officially announced they’ve added Garcia to the roster for the 2022-23 season. He’s already used his one-time transfer to go from Marquette to North Carolina, and will need a medical hardship waiver to be immediately eligible for the Gophers. The consensus is that shouldn’t be difficult to get from the NCAA, due to recent family issues for Garcia relating to the COVID-19 pandemic. He lost a grandparent to the virus, and his father was hospitalized last December.

He’s staying closer to home to be near family, and wear the Gophers’ uniform. Garcia is the first McDonald’s All-American to play for Minnesota since Kris Humphries in 2003.

"We're really excited to have Dawson join our program," Johnson said Tuesday in a team-issued statement. "I've known Dawson since he was in high school and I love the development of his game. He brings that competitive fight, has a warrior mentality and is a big time talent. Dawson has played high level basketball both at Marquette and North Carolina and shown great versatility. He can play both inside and out, can score, rebound and will bring a much-needed piece to our team."

Garcia, at 6-11 and 235 pounds, comes to the Gophers after playing a combined 43 games with Marquette and North Carolina. He played in 16 games and got 12 starts with the Tar Heels last season, averaging nine points, 5.5 rebounds and shooting 40.5 percent from the field before leaving school to be back with family in Minnesota.

As a freshman at Marquette, Garcia averaged 13 points and 6.6 rebounds. He led Big East freshmen in scoring and rebounding. He left after one season, following the dismissal of coach Steve Wojciechowski.

Garcia was a Mr. Basketball finalist and scored 2,092 career points with the Lakers. He earned First Team all-state, all-conference and all-metro honors as a senior.