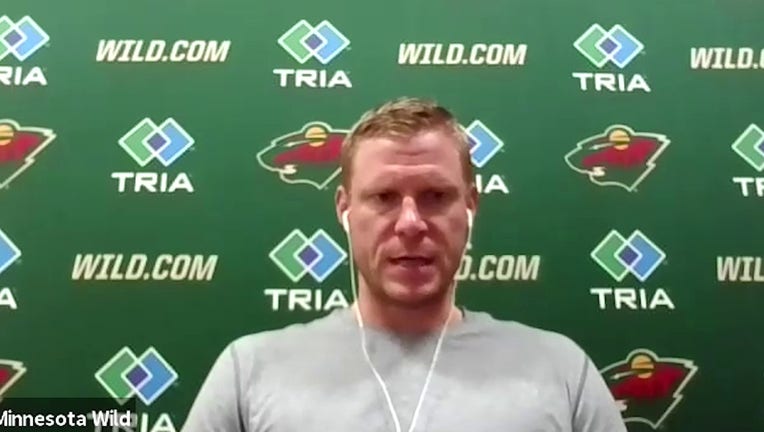 Wild captain Mikko Koivu talked late last week about the NHL returning to play and his future with the team in the midst of his 15th season.

MINNEAPOLIS - Just seven games into his 16th NHL season, Mikko Koivu announced on Tuesday he was retiring from his professional hockey career.

Koivu, 37, spent his first 15 seasons with the Minnesota Wild and spent 12 of those as the team’s captain. He signed a $1.5 million deal with the Columbus Blue Jackets after Wild General Manager Bill Guerin said last September the team was not bringing him back for the 2021 season. He played the 2020-21 season in the final year of his contract with the Wild.

In seven games with the Blue Jackets, he had just one goal and one assist.

"It was not an easy decision for me as I have loved every minute of my short time in Columbus and really hoped to be able to help this team accomplish its goals this season, but the bottom line is I haven't been able to get to the level of play that I need to be true to myself and fair to my teammates. So the time is right for me to retire from hockey. I have been extremely blessed and I am eternally grateful to the Minnesota Wild and Columbus Blue Jackets organizations for the opportunities they have given me to live out my dreams of playing in the National Hockey League for the past 16 years," Koivu said Tuesday in a statement.

Koivu was drafted in by the Wild No. 6 overall in 2001, played 1,028 games and collected 709 points with the Wild, both of which are all-time bests in the franchise. Koivu also scored 205 goals, including 135 power play goals, with the Wild.

Koivu played in 55 regular season games for the Wild last season before the NHL halted play on March 11 due to the COVID-19 pandemic. He had a career-low four goals and 17 assists, and didn’t register a point for the Wild in the Edmonton bubble.

Koivu could be under consideration to have his No. 9 jersey retired in the rafters at Xcel Energy Center. He would be the first in Wild franchise history.