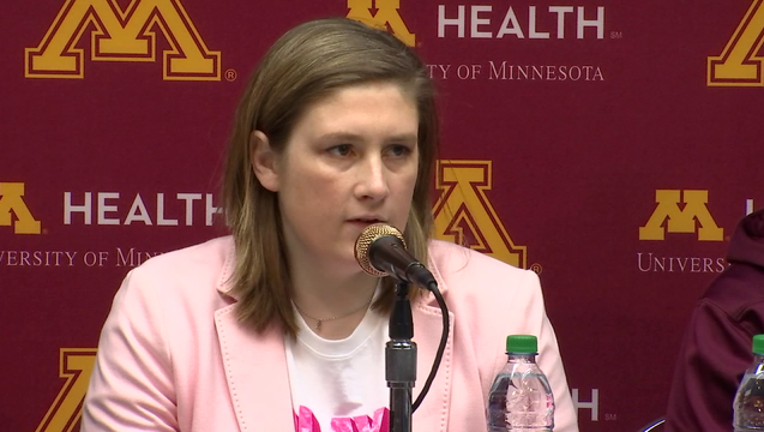 MINNEAPOLIS (FOX 9) - The University of Minnesota women’s basketball team has signed a transfer who, two years ago, was one of the top high school players in the country.

Kadiatou Sissoko, a forward out of France, has transferred to the Gophers after spending last season at Syracuse. Sissoko, who will have to sit out the 2019-20 season due to NCAA transfer rules, was the No. 10-ranked recruit nationally in the 2018 class.

Sissoko played in 22 games and made one start at Syracuse. She averaged 3.2 points and 1.8 rebounds in about 9.6 minutes per game.

She also played for France in the 2018 FIBA U-20 European Women’s Championship. Sissoko averaged 9.1 points and 6.6 rebounds per game as France finished sixth.

Sissoko is the 16th international player to play for the Gophers. She’s part of a seven-player 2019 recruiting class.