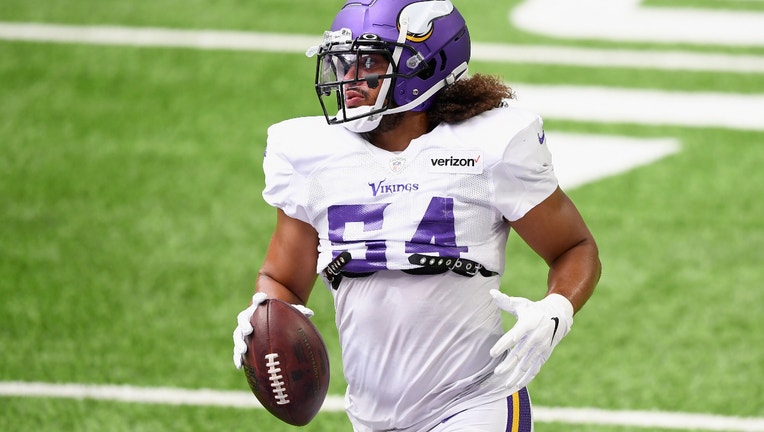 Eric Kendricks #54 of the Minnesota Vikings looks on during training camp on August 28, 2020 at U.S. Bank Stadium in Minneapolis, Minnesota. ((Photo by Hannah Foslien/Getty Images))

MINNEAPOLIS - The Minnesota Vikings are essentially playing an elimination game against the Chicago Bears Sunday at U.S. Bank Stadium, and they’ll be without Eric Kendricks and Kyle Rudolph for the second straight game.

The Vikings and Bears both enter Sunday’s game 6-7. The winner is still alive for the No. 8 spot in the NFC Playoffs, while the loser’s chances are all but gone.

Also inactive for the Vikings on Sunday or Oli Udoh, Dylan Mabin, return specialist K.J. Osborn and tight end Hale Hentges. It appears Alexander Mattison, the No. 2 running back to Dalvin Cook, is active and could return after missing two games after having surgery on his appendix.

The Vikings are looking for a season sweep of the Bears after beating them in Chicago on Monday Night Football, 19-13, back on Nov. 16. It's the last Vikings' home game for the 2020 regular season, with the last two at New Orleans and at Detroit.