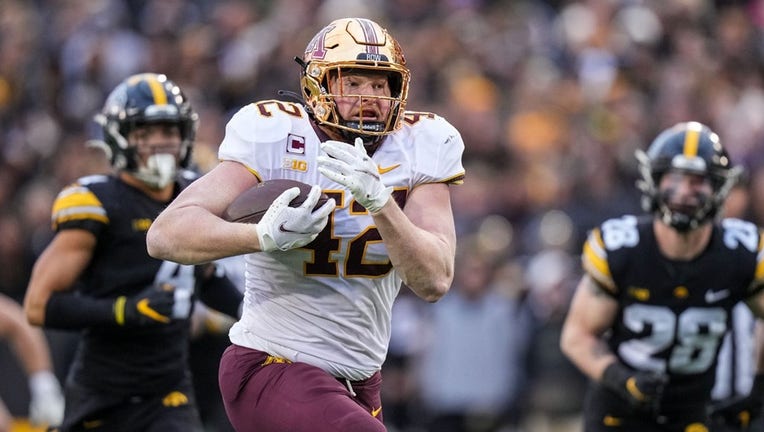 MINNEAPOLIS - The Big Ten on Wednesday announced its all-conference honors for the 2021 football season, and every University of Minnesota starting offensive lineman earned an award from the league.

Daniel Fa’alele and Blaise Andries were each selected First Team All-Big Ten. The Gophers haven’t had two offensive linemen named to the first team since Greg Eslinger and Mark Setterstrom in 2005.

Kieft served as a bruising blocking tight end, helping five different running backs have 100-yard rushing games this season. He also had seven receptions for 101 yards and a touchdown.

Autman-Bell played in 10 games, and had 35 catches for 490 yards and six touchdowns after battling an ankle injury suffered during fall camp.

The Gophers finished 8-4 after beating rival Wisconsin 23-13 on Saturday. They wait to learn their bowl destination, which will likely be announced Sunday night. This will be Minnesota’s third bowl game in PJ Fleck’s five seasons.