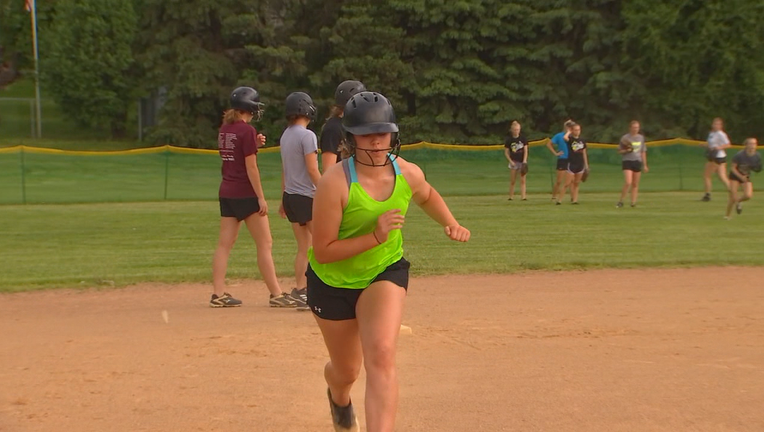 MINNEAPOLIS - Minnesota Gov. Tim Walz announced Tuesday that the state’s schools, among other businesses, will remain closed until at least May 4 due to the Coronavirus pandemic.

In accordance with the decision, the Minnesota State High School League said Wednesday it’s suspending all spring activities until at least May 4. That puts the spring high school sports season in jeopardy for athletes all across the state. MSHSL officials say they have not made an official decision on the status of the spring sports season.

“We recognize the responsibility that everyone and every organization has in mitigating the spread of COVID-19.  In alignment with state leadership and the Governor, we support the actions to limit gatherings and to stay home as directed. The Minnesota State High School League will continue to provide leadership and support to its member schools throughout this challenge. The continued suspension of fine arts and athletic activities within our member schools is an example of our responsibility to the health and safety of our students, schools and communities," MSHSL Executive Director Erich Martens said Wednesday in a statement.

It means it's very possible seniors in spring sports will never get the chance to hit the baseball or softball field, the golf course, compete in a track meet or a tennis match.

It comes after several winter athletes had their pursuit of state championships come to a close without finality after the girls and boys basketball playoffs, and the State Adapted Floor Hockey Tournament got cancelled. The Girls State Basketball Tournament got to the semifinal round, and games were set to be played without fans until the MSHSL canceled the remainder of the tournament. The same thing happened in boys basketball, as state tournament berths were being earned.

The Eden Prairie boys basketball team was one of a few to gather after the decision and cut down the nets in their gym as a final celebration, despite not being able to determine their own finality.

As for the spring sports, all team participation including competition, training, practice, scrimmages and contests is suspended until at least May 4. The suspension also includes fine arts and other activities, including Speech section and state tournaments, music contests, visual arts competitions, the State Robotics Tournament and they Clay Target State Tournament.

Athletes are also not allowed to hold captain’s practices. Coaches are not allowed to gather their teams for any reason, but can provide individual instruction via technology so long as they do it on their own.