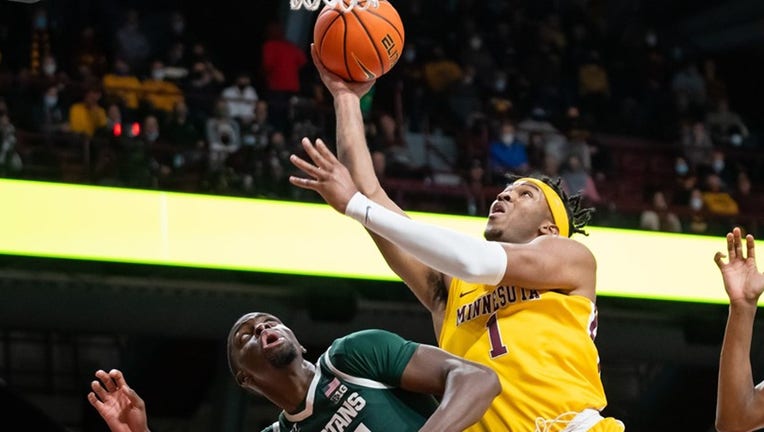 MINNEAPOLIS - The University of Minnesota men’s basketball team will take the floor for the first time in 14 days Tuesday night against Illinois at Williams Arena.

The Gophers’ schedule, like many others, has been impacted by the COVID-19 pandemic. They’ve stayed healthy, but their opponents have not. Minnesota was supposed to close out the non-conference schedule last Wednesday against Alcorn State, but the game was canceled due to COVID-19 issues with the Braves.

The Gophers finished the non-conference schedule 9-0. The Illini come to Minneapolis getting over COVID-19 issues of their own, with as many as 10 players testing positive for COVID-19. The game was originally scheduled for Sunday, but was pushed back to Tuesday to allow the Illini to clear protocols.

"I think the biggest thing is you don’t want one postponement to turn into two and three. I think our guys handled it great, obviously disappointed because they want to play, they want to compete. At the same time, I think they understand that in today’s day and age, it is what it is," Gophers coach Ben Johnson said Tuesday.

Illinois coach Brad Underwood said his team has been largely quarantined for at least the last four days.

Underwood is also the latest coach to give high praise to Johnson in his first season at Minnesota. The Gophers already have 10 wins, and have three true road wins, which includes a win at Michigan after losing the Big Ten opener at home to Michigan State.

After that game, Tom Izzo said, "I think you’ve got the right guy here."

The Gophers trailed the Spartans by as many as 19 points in the second half, cut it to six with 31 seconds to play but lost 75-67. Underwood was asked about Johnson on Monday.

"Ben Johnson in my opinion has done an unbelievable job putting a team together. They have been extremely surprising I think to everybody in terms of the road wins early," Underwood said.

Johnson brought in nine transfers, led by leading scorer Jamison Battle. The Gophers were picked by most to finish last in the Big Ten this season.

"They’ve found a way to develop chemistry, but they’ve done it with age. They’re old, you’ve got 23, 24-year-old guys out there. They’re playing the right way. Ben has put a plan in place, and they’re executing it," Underwood said.

Illinois was projected by most to compete for a Big Ten title this year. Johnson will turn more heads around college basketball if the Gophers can beat the Illini.

"It’s an opportunity for us to go up against one of the best in the country and see where stand and see where we stack up," Johnson said.