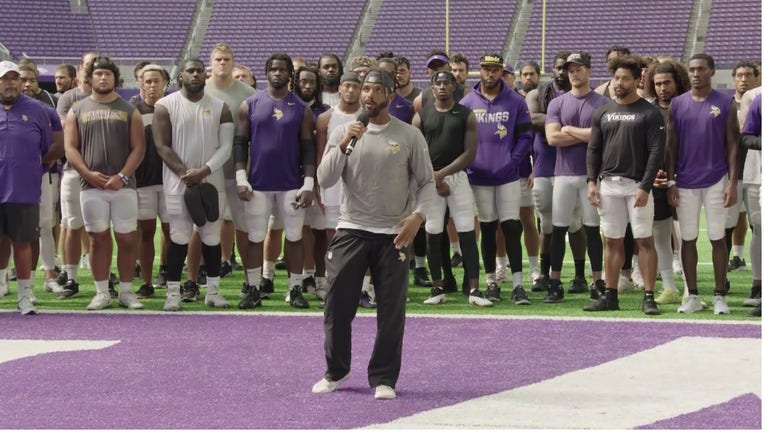 Vikings running back Ameer Abdullah addressed reporters after Friday's practice at U.S. Bank Stadium to talk about what the team is doing to battle racial inequality.

Abdullah was a second round draft pick of the Detroit Lions in 2015 and spent three seasons there before the Vikings claimed him off waivers during the 2018 season. With the Vikings, Abdullah has 24 catches for 156 yards and three touchdowns, and 31 carries for 157 yards.

Abdullah, 27, will get a chance to earn the No. 3 running back job in 2021, behind Dalvin Cook and Alexander Mattison, after Mike Boone signed with the Denver Broncos in free agency. Abdullah will likely be featured on special teams. In three seasons, he has 38 kickoff returns for 935 yards.

Abdullah has also taken on an enhanced role with the team’s Social Justice Committee. When the team held a preseason practice last season at U.S. Bank Stadium, Abdullah took the microphone with the entire team behind him and called for the full prosecution of Derek Chauvin, the former Minneapolis police officer charged with murder in the death of George Floyd. The trial will start next week.